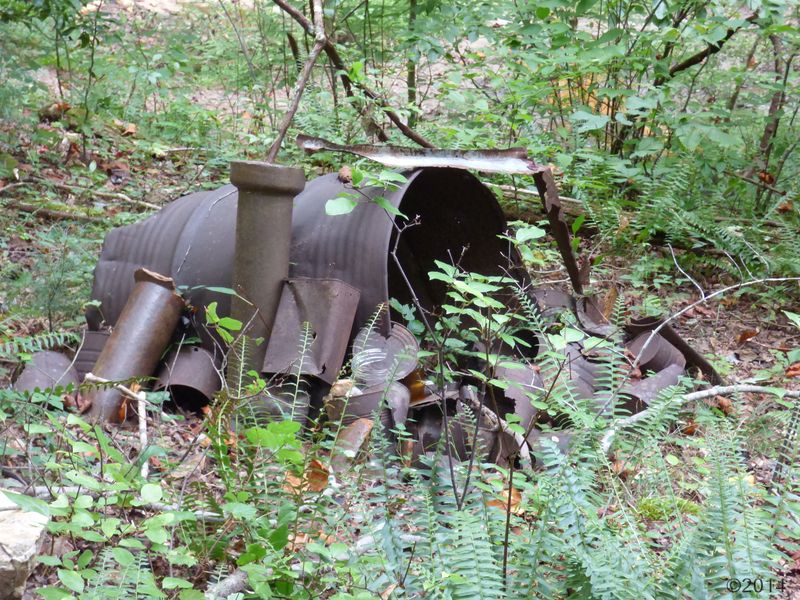 September 11, 2014 - someone has gathered the pieces and arranged them together

For years, pieces of an old moonshine still were scattered along the edge of a hiking trail in Bent Tree. Earlier this year, someone decided to gather up the pieces and stack them together (see photo above). Personally, I liked them scattered and half-buried by time, but I’m sure someone had fun pulling it all together. Below are some pictures of the pieces back in 2012 (three in April 2012, the last was taken in December 2012). The second photo (April 2012) above also contains some still remnants, though the “non-existent” trillium was the main subject of the photograph .