This hawk swooped down from a tree on Hole 9, trying to catch a squirrel.  It came up empty-taloned. 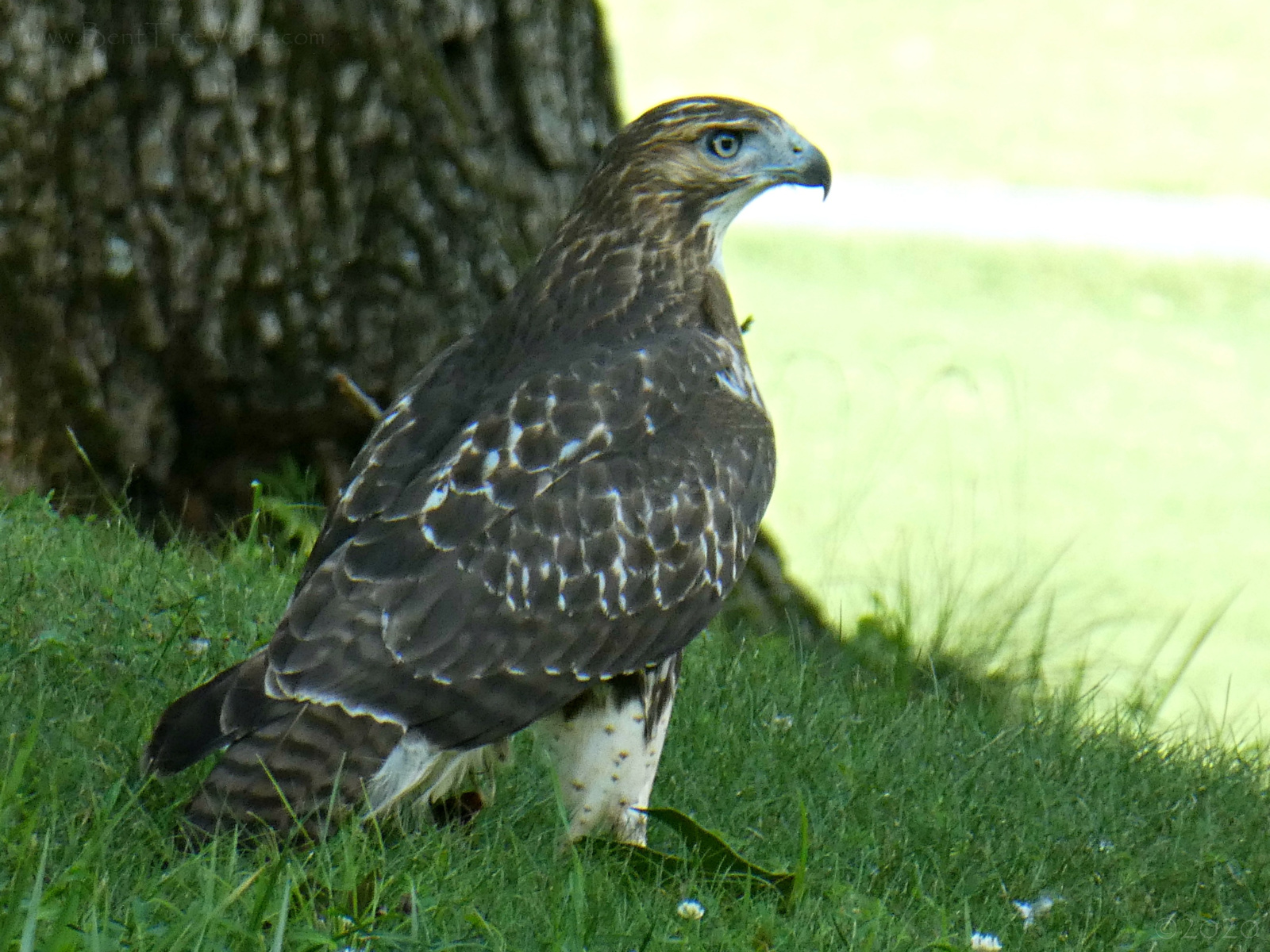 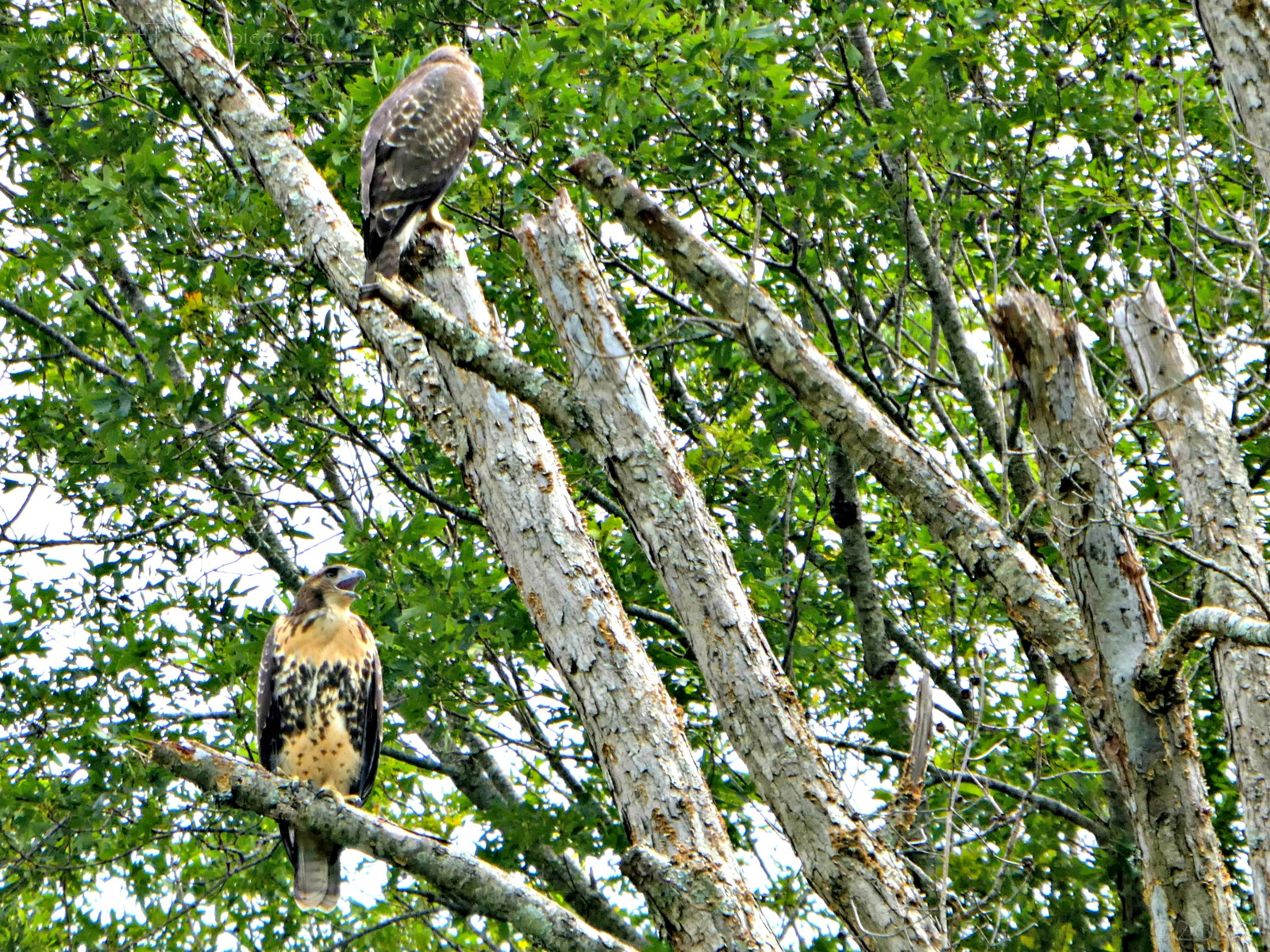 This hawk sat on a tree limb, in our backyard, for well over an hour yesterday afternoon.  Click here for a post from last summer that also shows a hawk that didn’t seem to mind the rain. 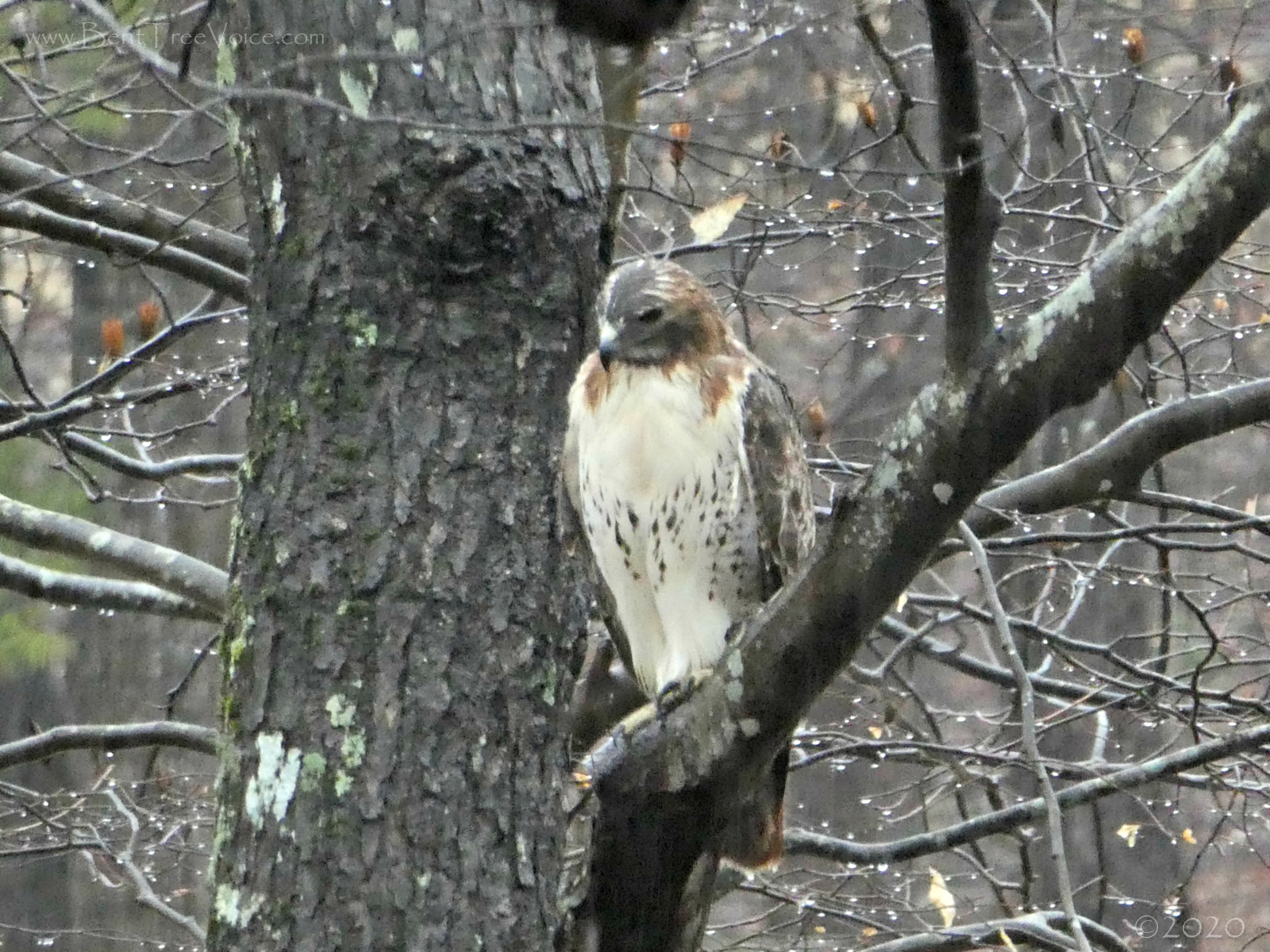 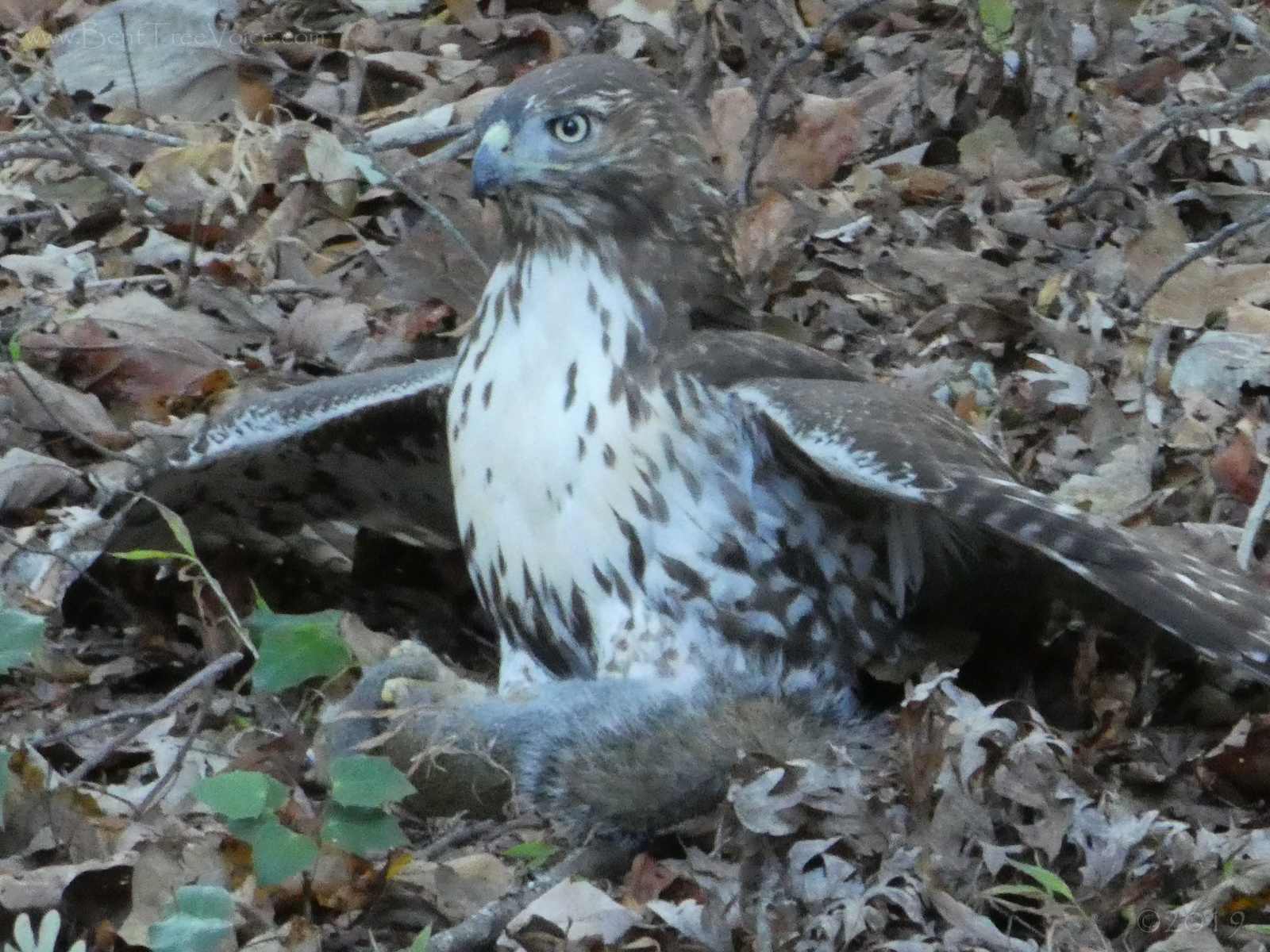 This hawk sat on the same branch for over an hour in the rain, yesterday.  For most of that time, it was standing on one foot.  According to The Cornell Lab of Ornithology website “Birds will often stand on one foot to minimize heat loss.” 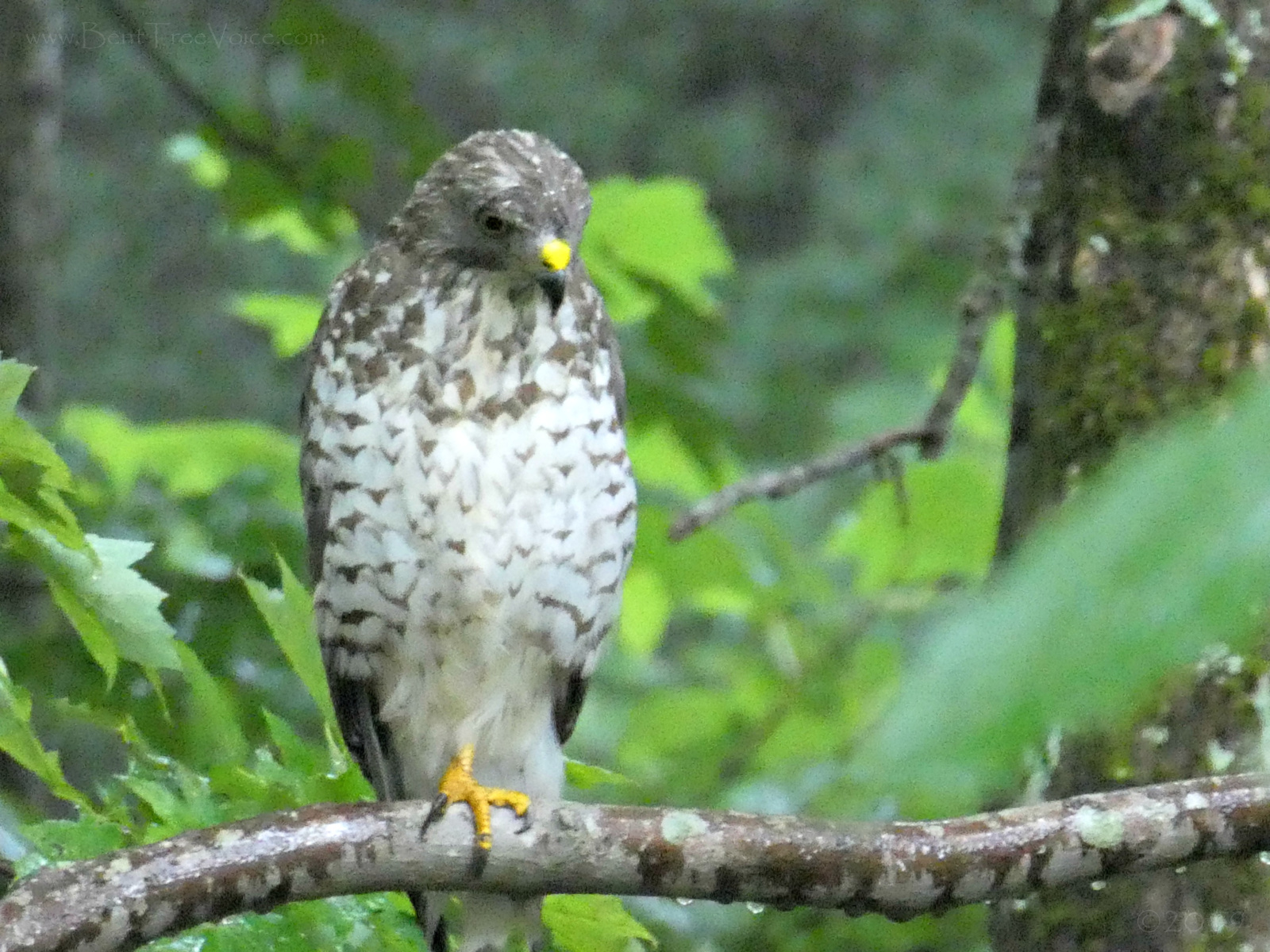 Click the thumbnails below to scroll through larger images.  In the first photo, the hawk is well camouflaged in the trees, so you may have to do some searching to find it.  The last photo is basically a flurry of feathers as the hawk flew away.

Saturday evening, I was taking pictures of a hawk while it was watching smaller birds flying around nearby.  I kept getting closer until it turned its head and started watching me instead of watching the other birds.  When it gave me “the look”, I took it to mean that I was too close for comfort and the photo session was over.  Click the photo to zoom: 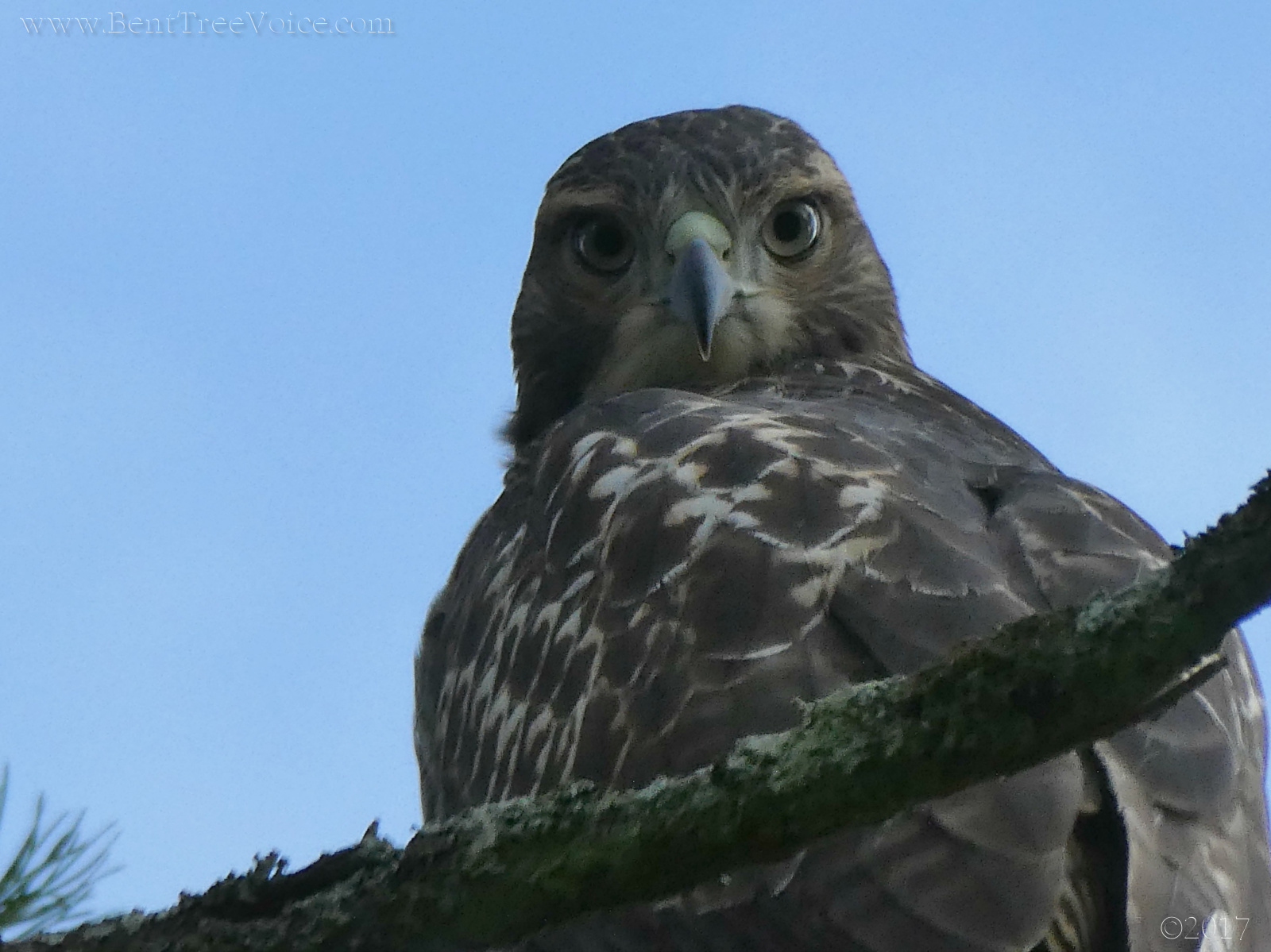 The following pictures were taken of three different hawks during one round of golf, yesterday in Bent Tree.  One swooped down into the rough near the creek, on the front nine, and caught what looked like a mouse. On the back nine, a hawk was sitting in a tree eating the remnants of something.  Another hawk tried to steal the meal from the one sitting in a tree, but failed and flew to another tree to sit and watch. 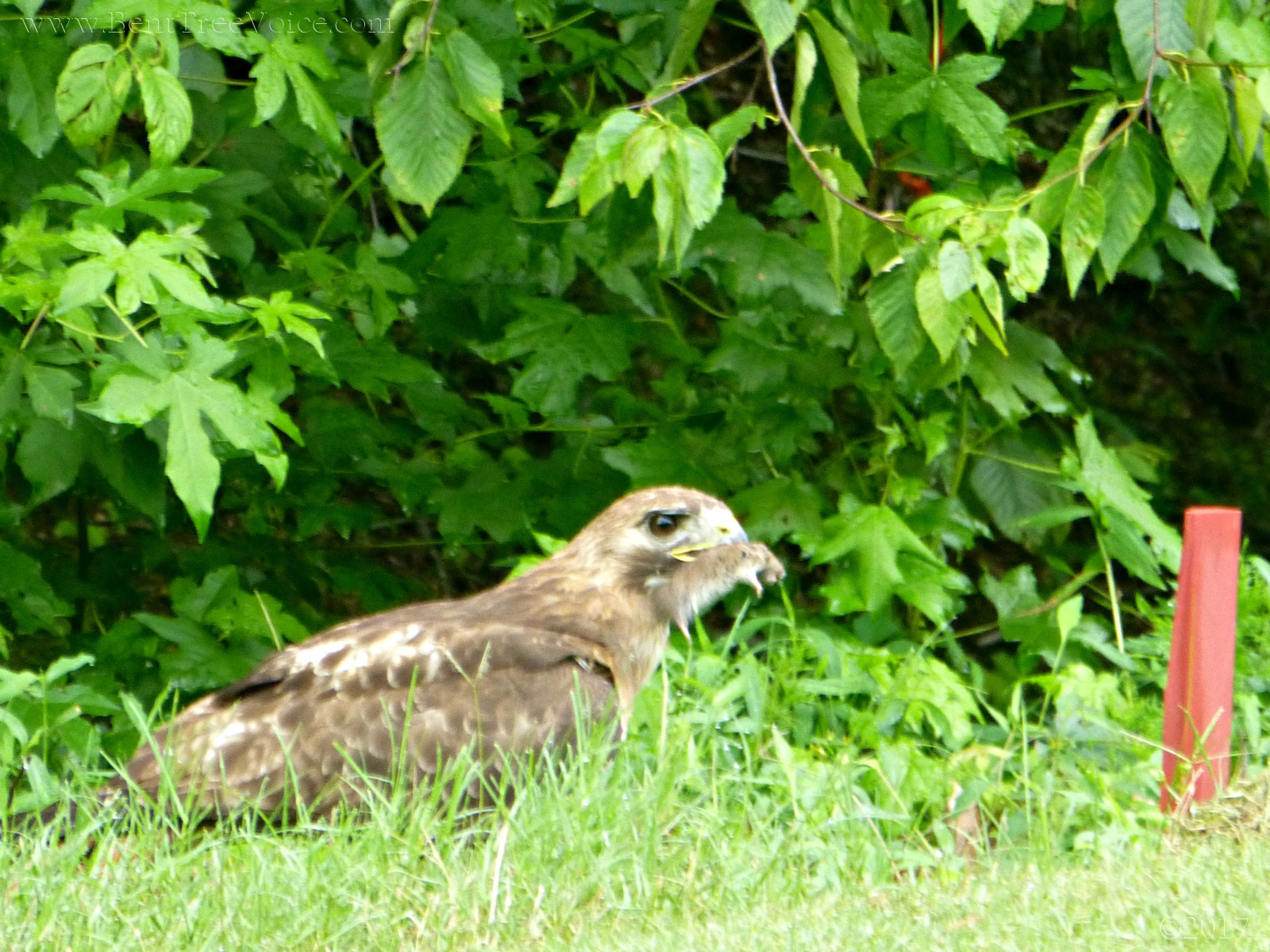 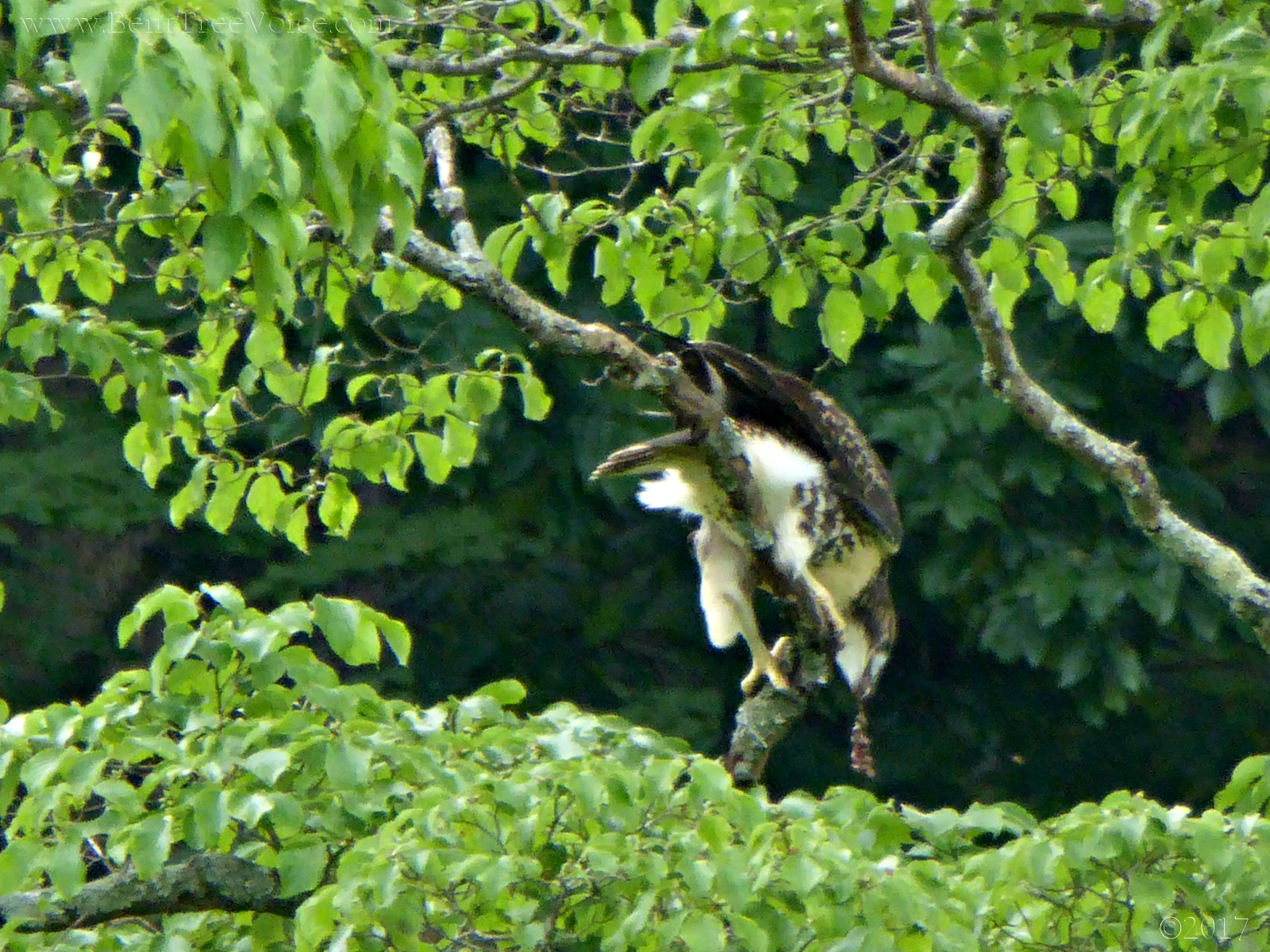 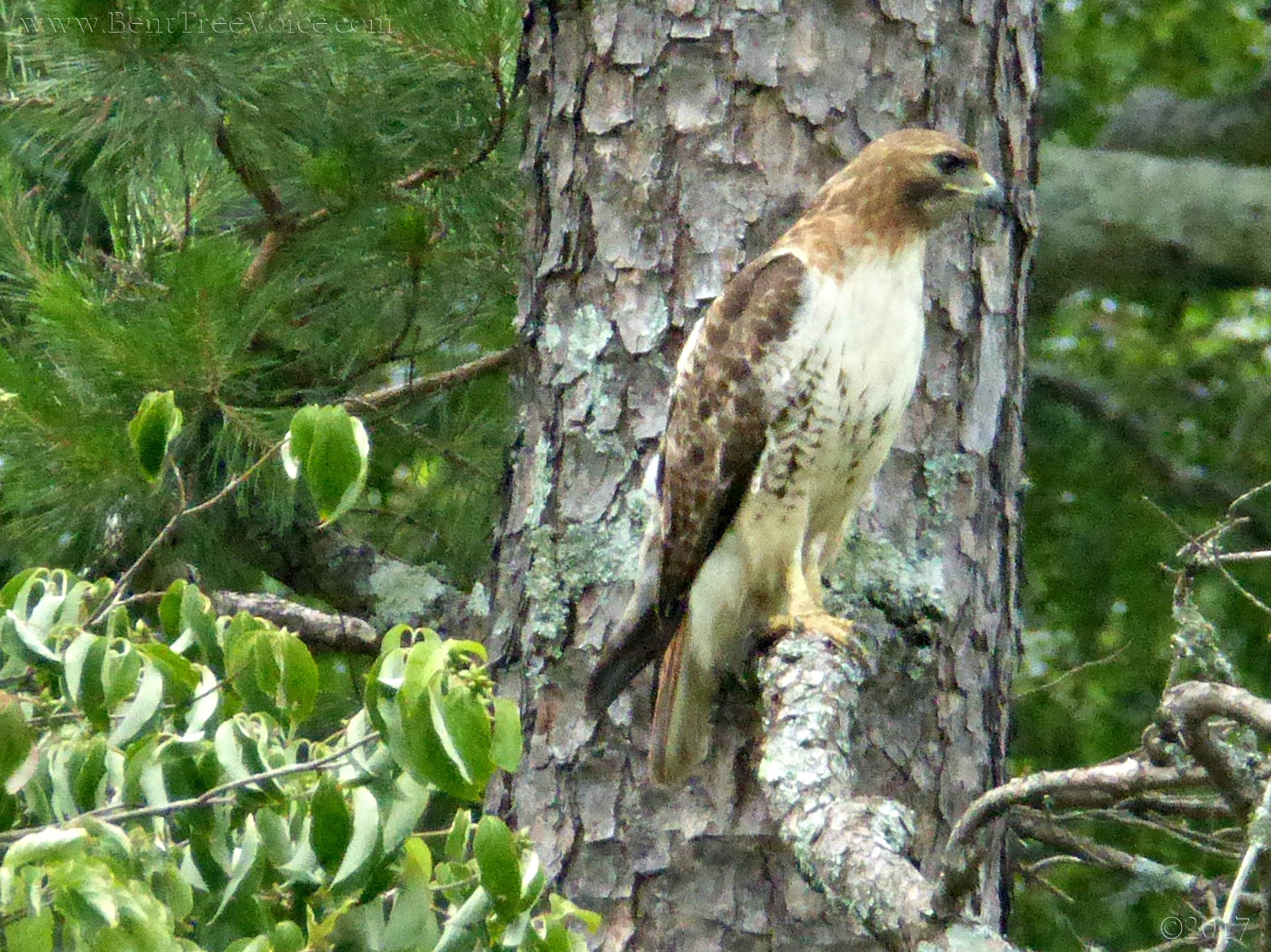 A couple of broad-winged hawks have been raising a ruckus in our yard over the last few weeks, screaming throughout the day. Click here to link to information from the Cornell Lab of Ornithology, including an audio clip of the piercing call. 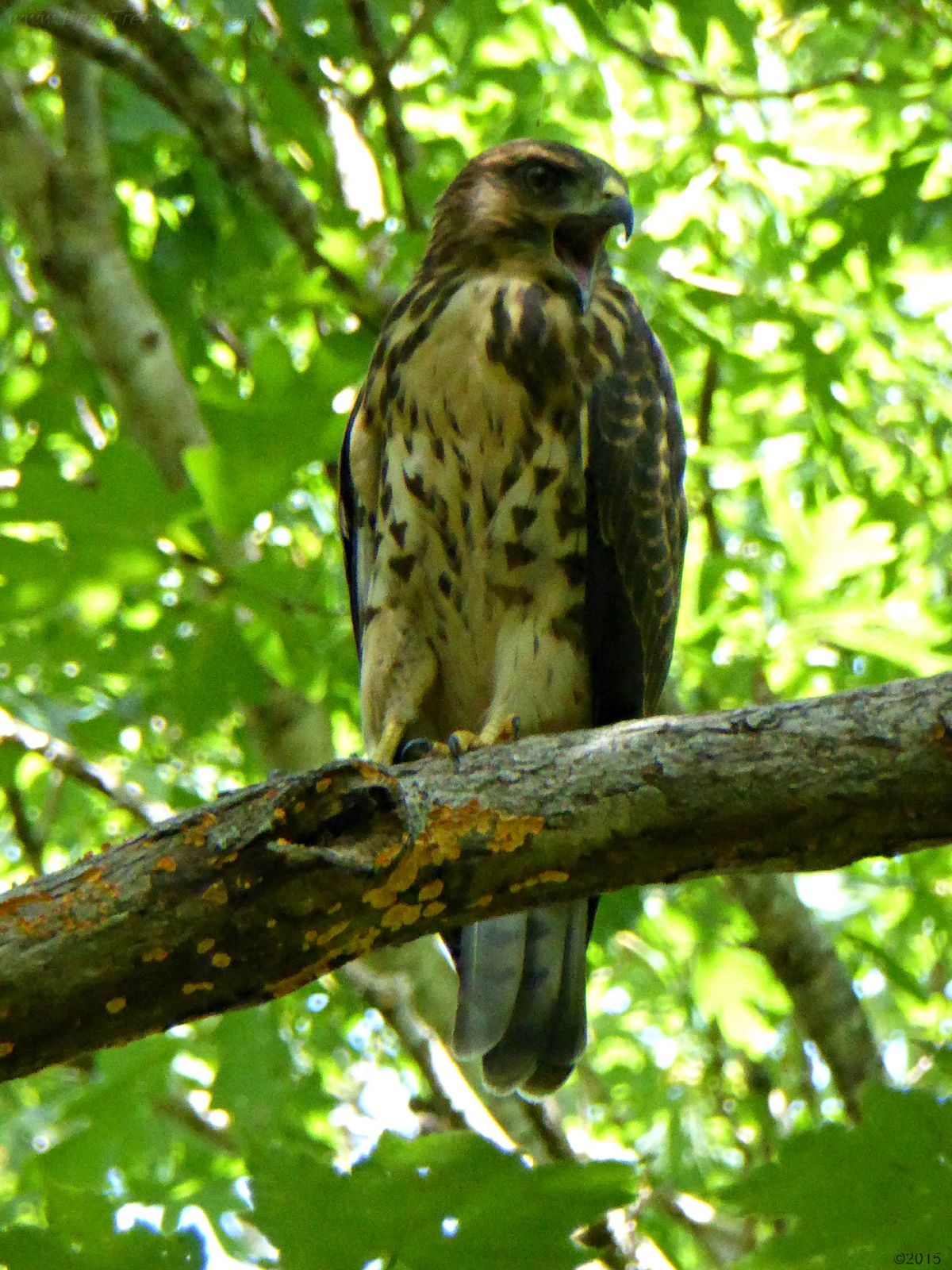 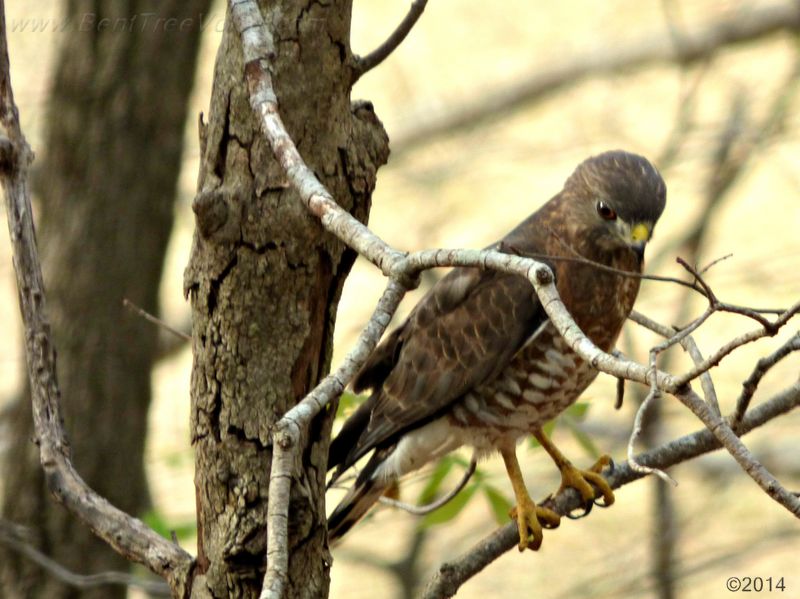