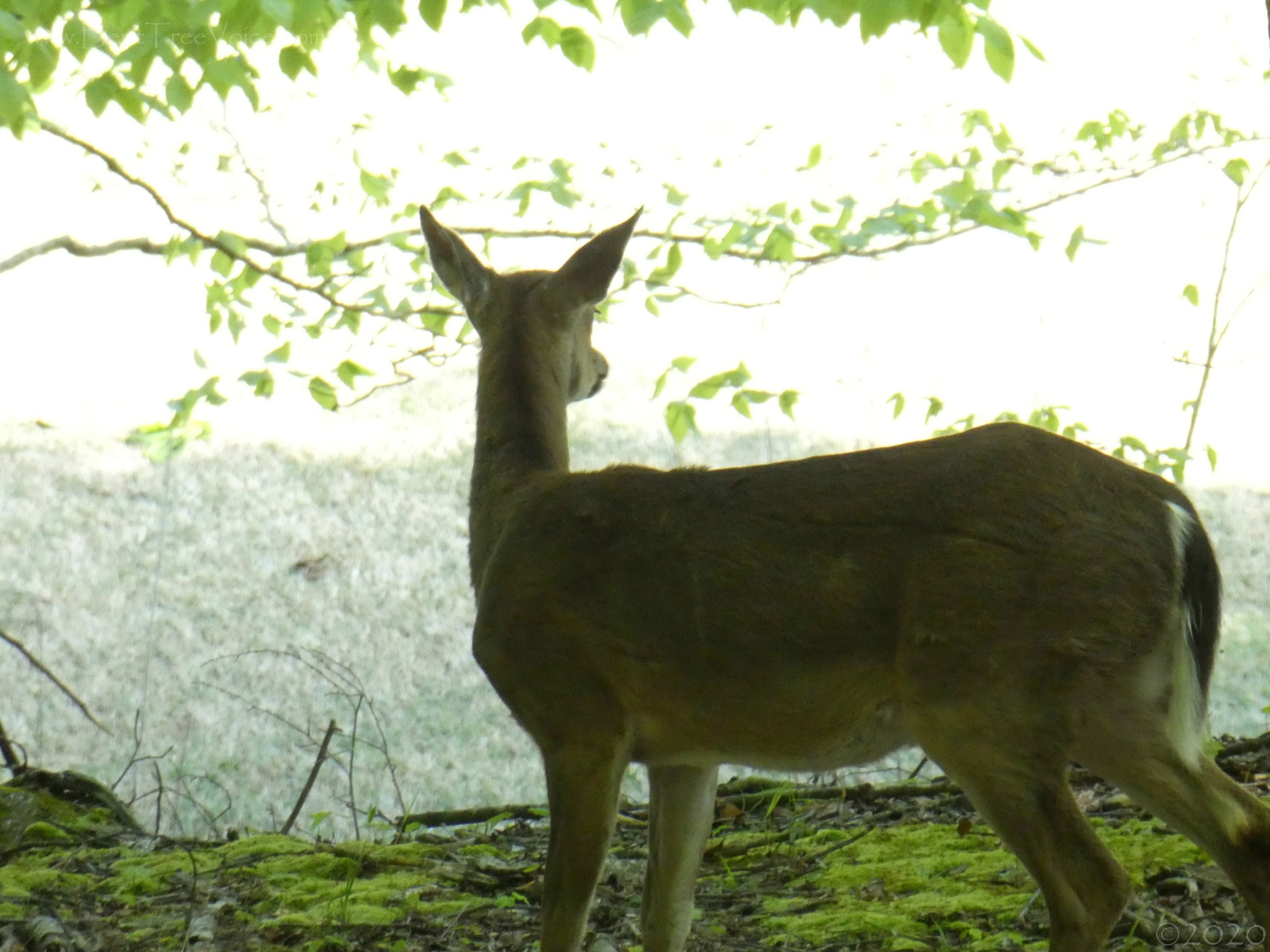 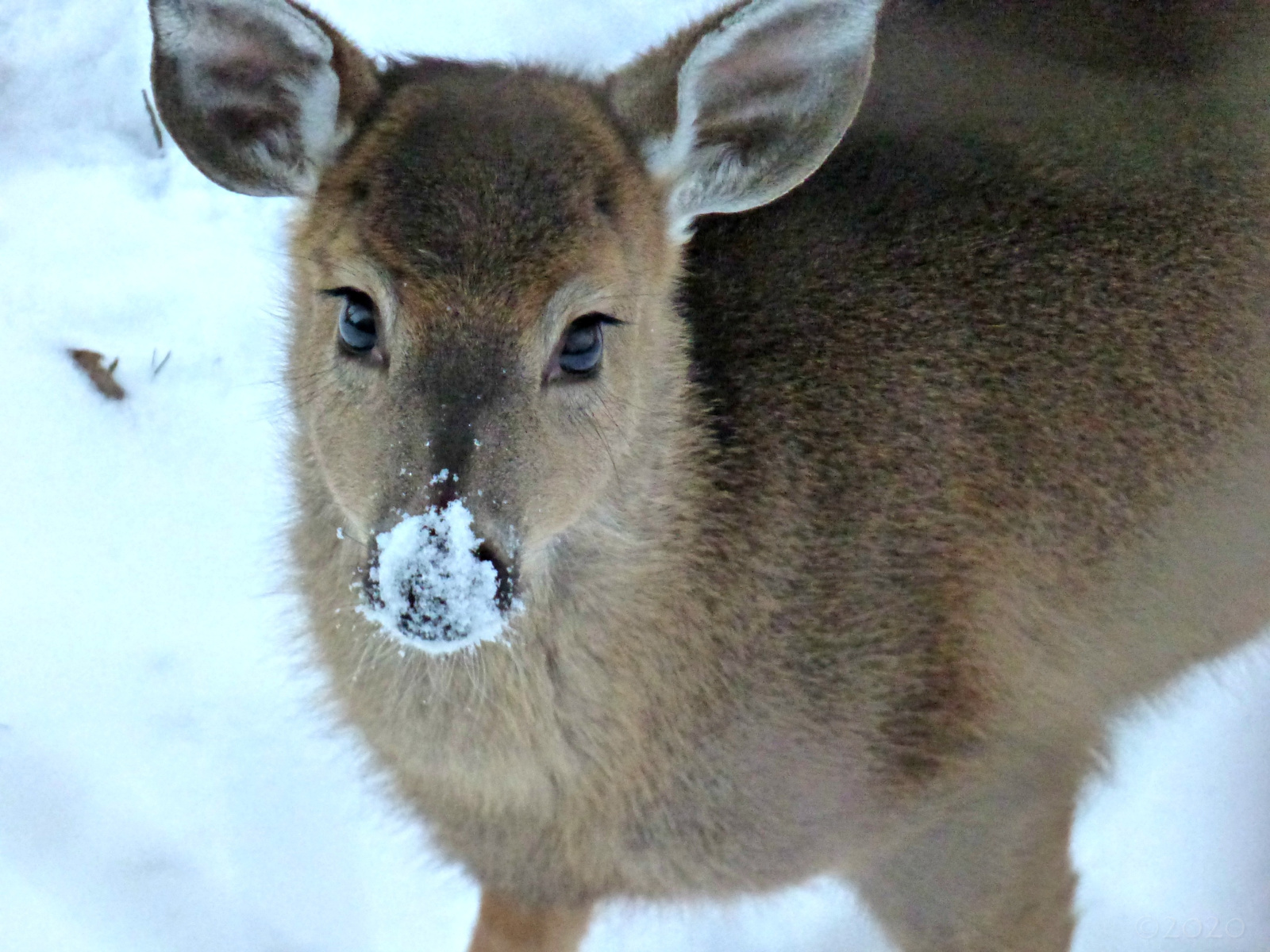 This buck was trailing a doe through our backyard yesterday morning. 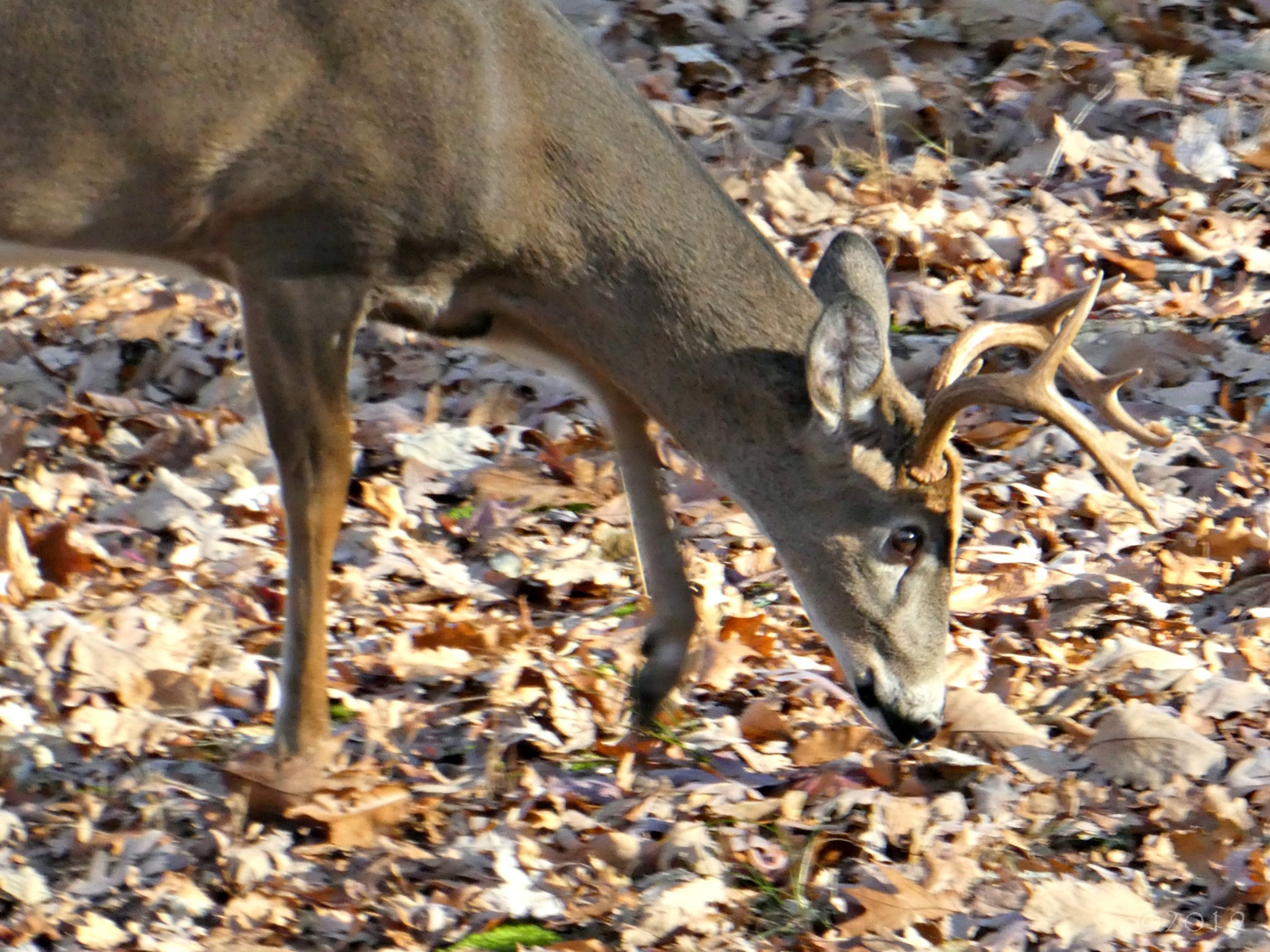 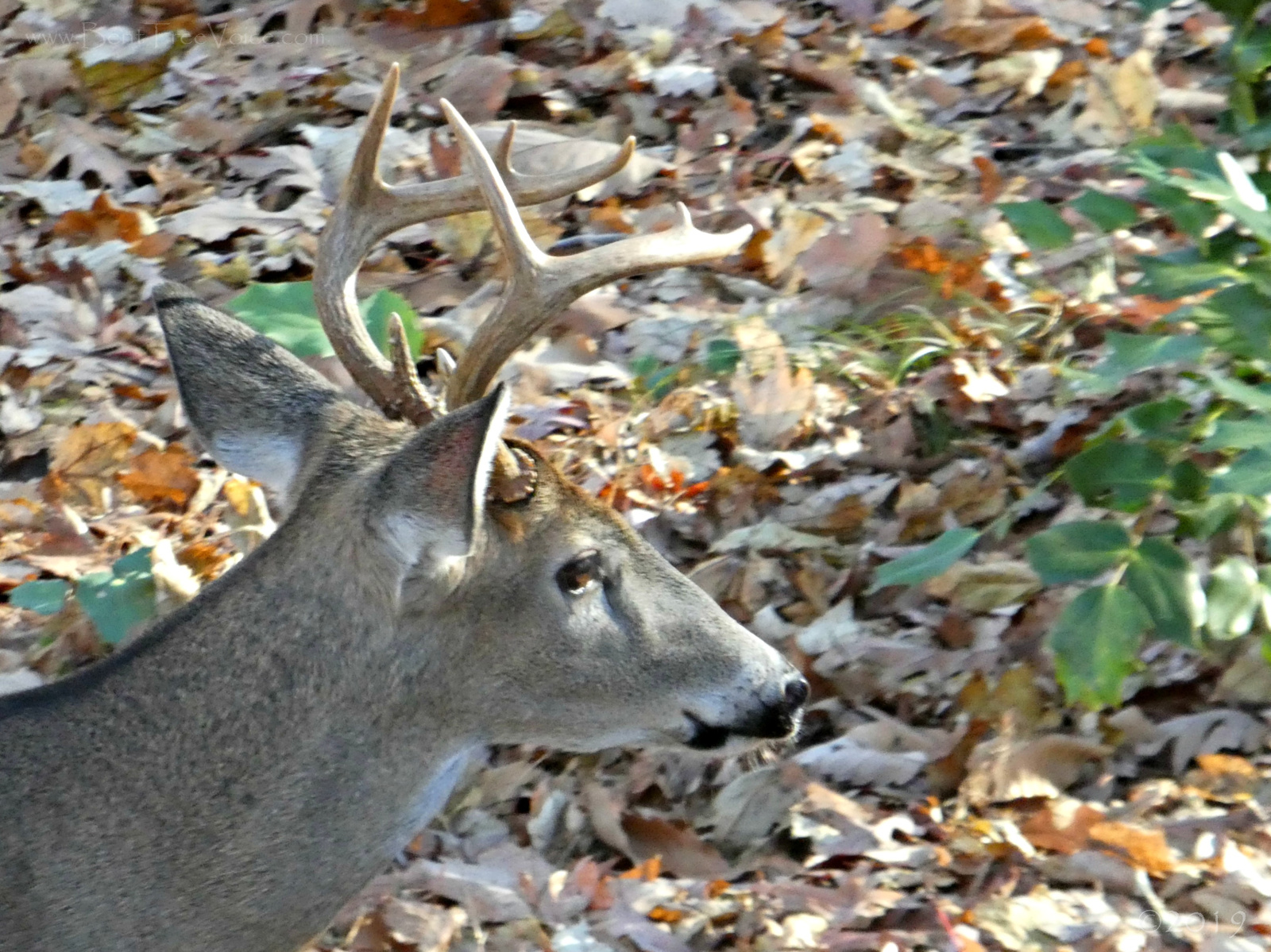 The topic of the deer restocking program in Georgia was discussed at the June Lake & Wildlife meeting and recently on various BT social media platforms.  Click here for a related post from 2012 (the photo below, taken in Bent Tree, is also from 2012). The bottom of that post has a link to a pdf of “Deer Stocking Program in Georgia” which was written in 1975. The deer stocking program continued until 1992. 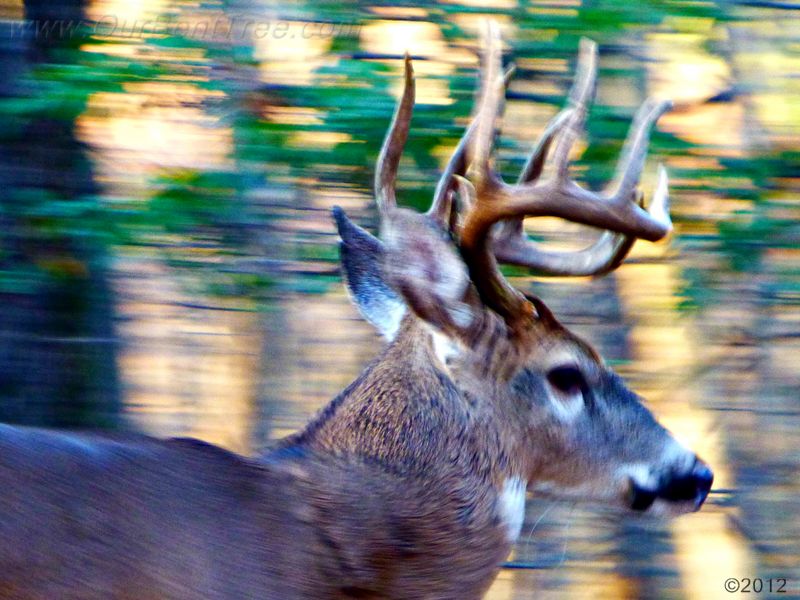 Let awake ones lie, too.  Young fawns are left alone for hours, but the mother will be back.  Check back tomorrow for more photos of this fawn and the return of its mother, all taken yesterday in Bent Tree over the course of about 10 hours. 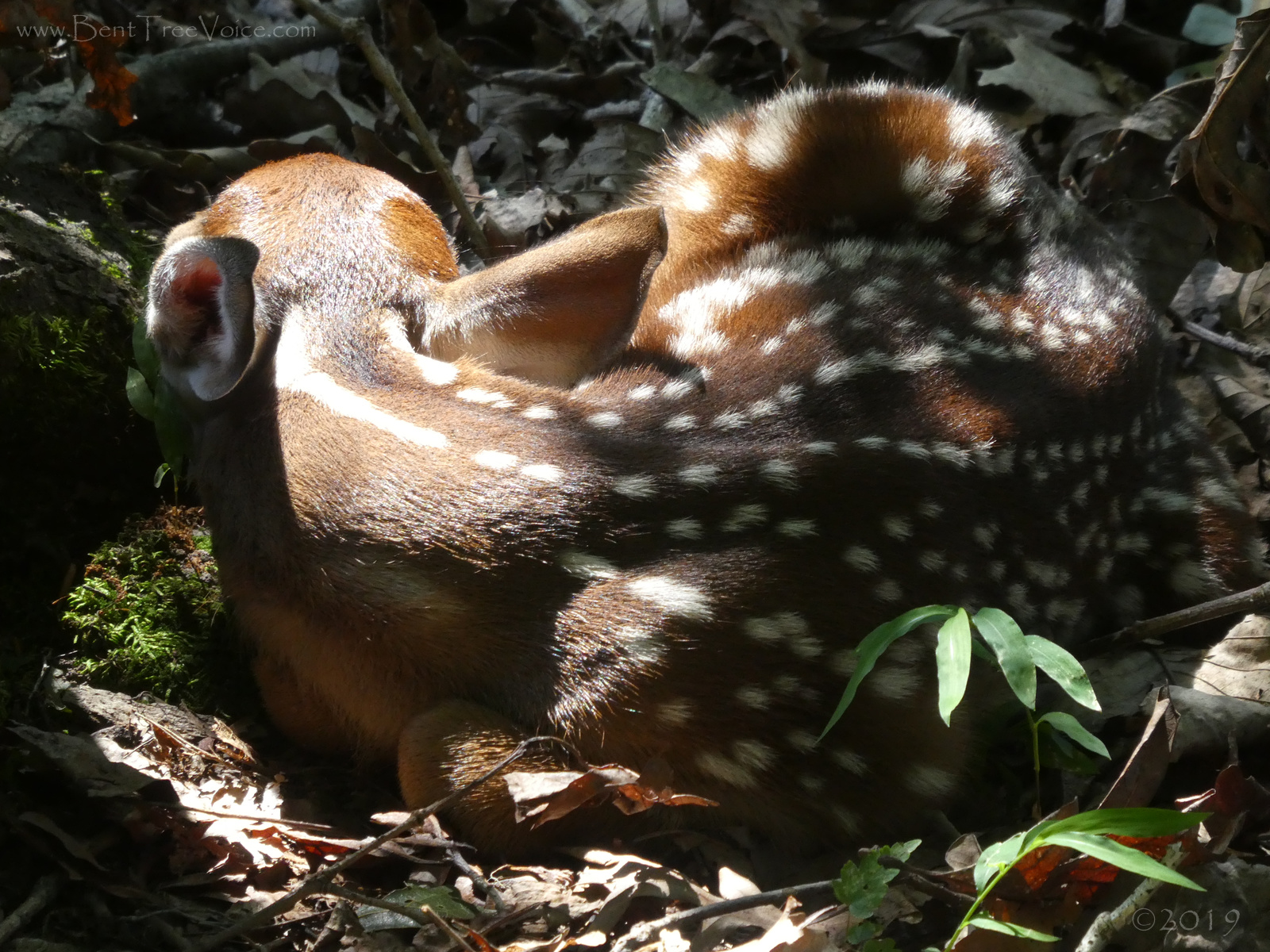 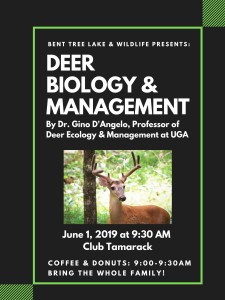 After not seeing a deer in Bent Tree for several weeks, I was in the right place at the right time to see this pregnant doe, yesterday.  According the the Georgia DNR Wildlife Resources Division, “Most [fawns] are born between May and August with a peak in June.” 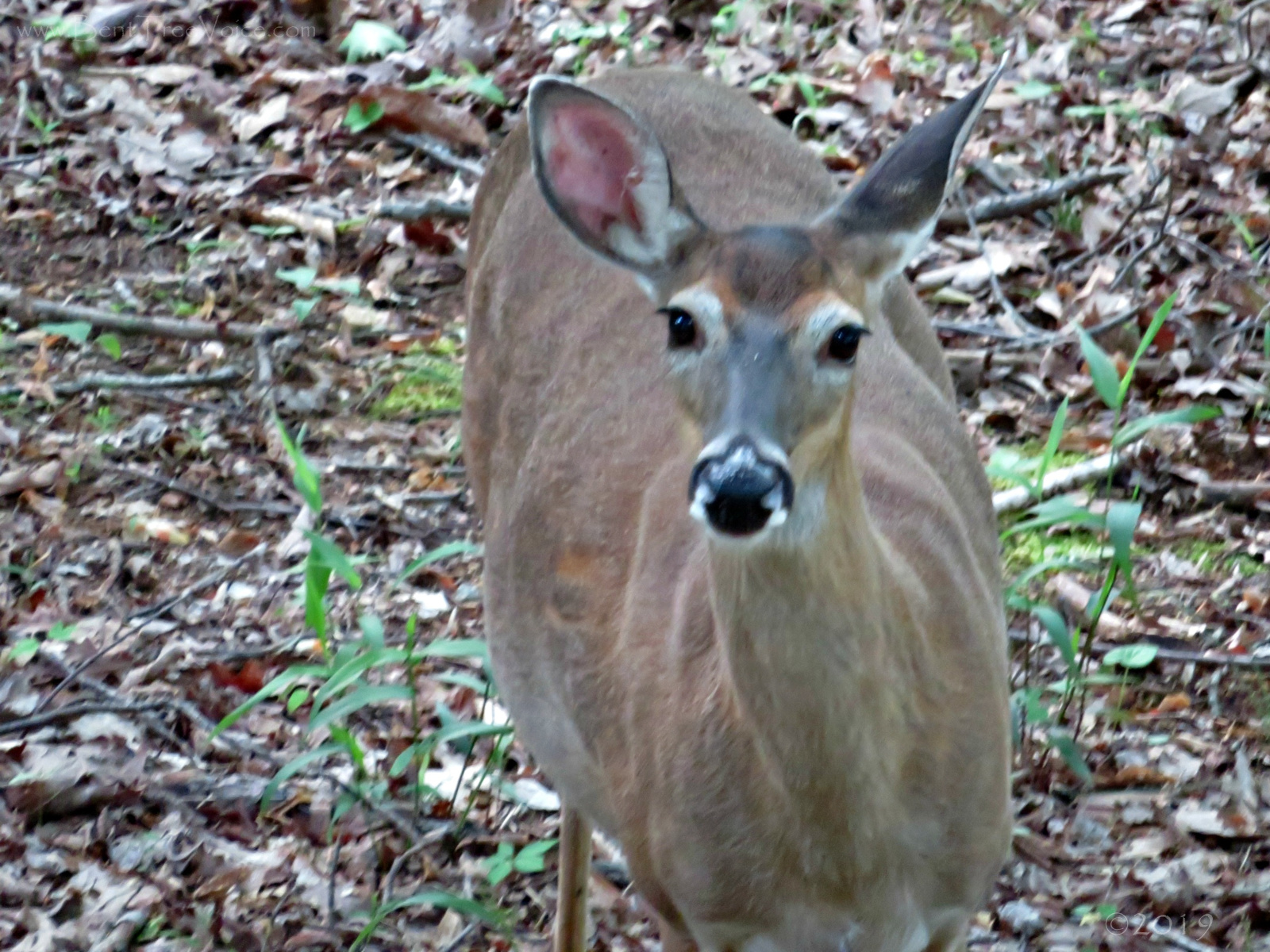 Deer have horizontal pupils. When this photo was taken yesterday, the sunlight happened to hit the doe’s eye just right to really make that evident. Click here for an interesting article about deer’s eyes and vision. 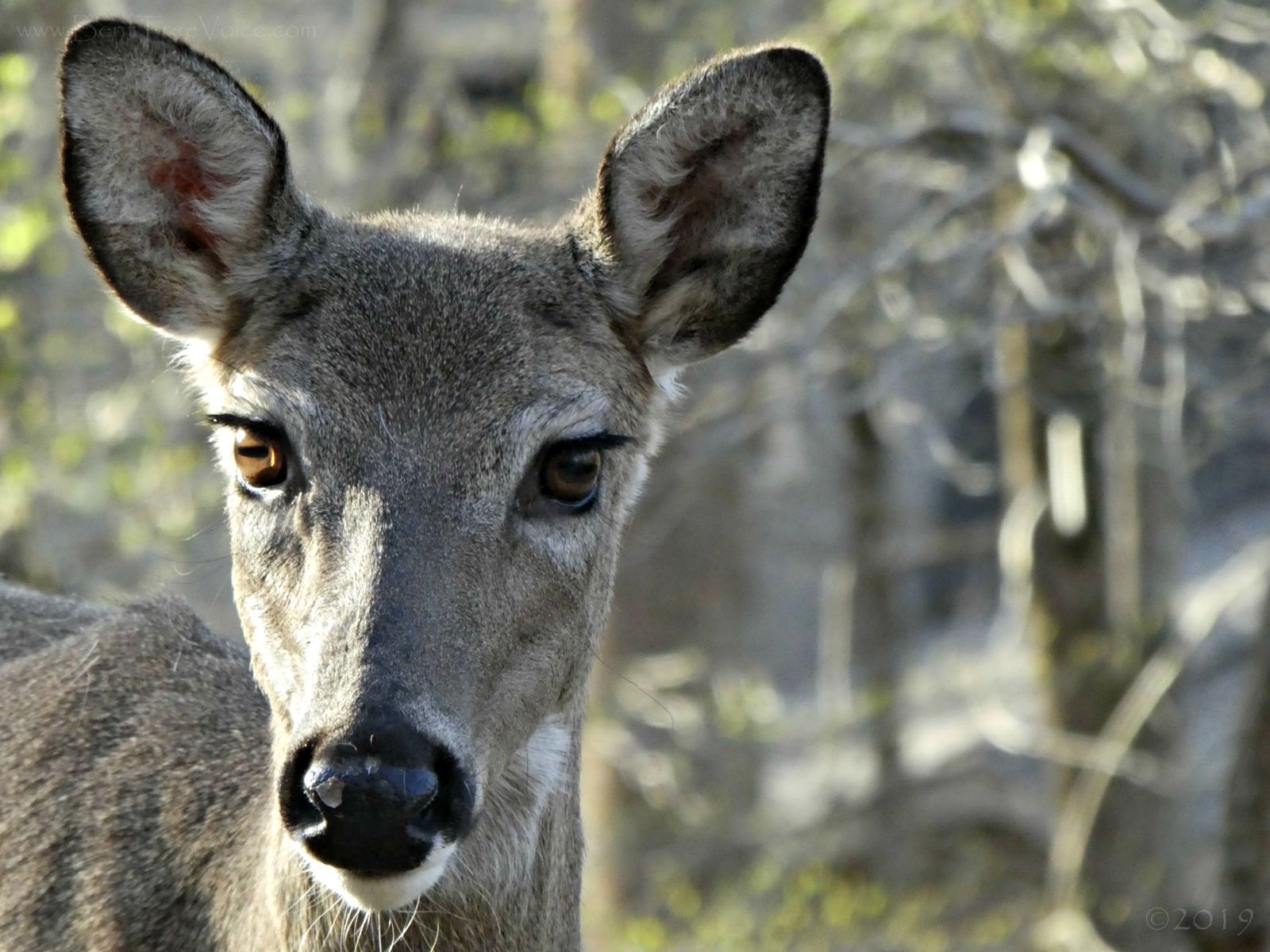 While crossing the dam yesterday evening, I glanced over at the geese paddling in the area and noticed something else in the middle of the lake.  Thinking it might be some ducks, I grabbed my camera and zoomed in.  It was a doe and fawn swimming across the lake.  About 10 or 15 minutes earlier, while heading to the spillway, I had seen the doe and fawn running into the woods at the edge of the spillway, white tails raised high.  I guess they were spooked by something, spooked enough to run on into the lake and swim across.  From the time I saw them in the middle of the lake, it took them about 10 minutes to get to the other side, so I’m guessing it took them about 20 minutes total to swim from the spillway to the other side. They crossed a couple of pretty strong currents that I thought were going to sweep the little fawn away or under, but I shouldn’t have worried.  Both the doe and fawn made it safe and sound to the other side.  A couple of the pictures below are without the zoom and give an idea of the location of the deer in the lake (deer are highlighted in yellow in those pictures).  By the way, the geese seemed to be following the action themselves.  Click the thumbnails below to scroll through larger images: