This year, the way the bar charts represent the financial picture is different from past years. I picked a couple of bar charts to use as an example. The first one is from the July 2014 Bent Tree newsletter and the second one is from the July 2015 newsletter. Both charts include April 2014 data (highlighted in yellow on both charts). The numbers shown for April 2014 differ in the two charts. The way the bar charts were created in 2014 corresponded with the summary data given at the top of the budget reports found on the website. Starting this year, carryover funds were subtracted from the revenues, and capital transfers were adjusted out of expenditures, when creating the charts. The 2015 budget bars (left bars in second chart) show revenues less than the expenditures. If the bar chart was done the same way as last year, the revenues figure would be $4,197,332. It would be greater than the expenditures figure of $4,115,787. 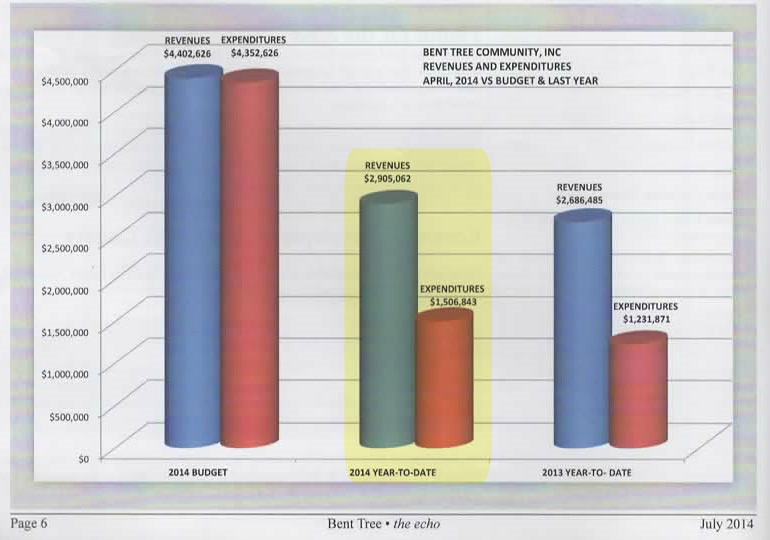 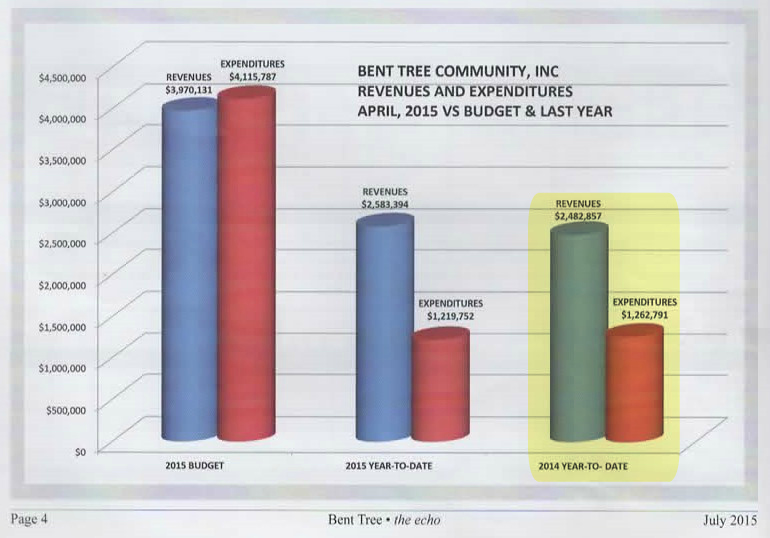