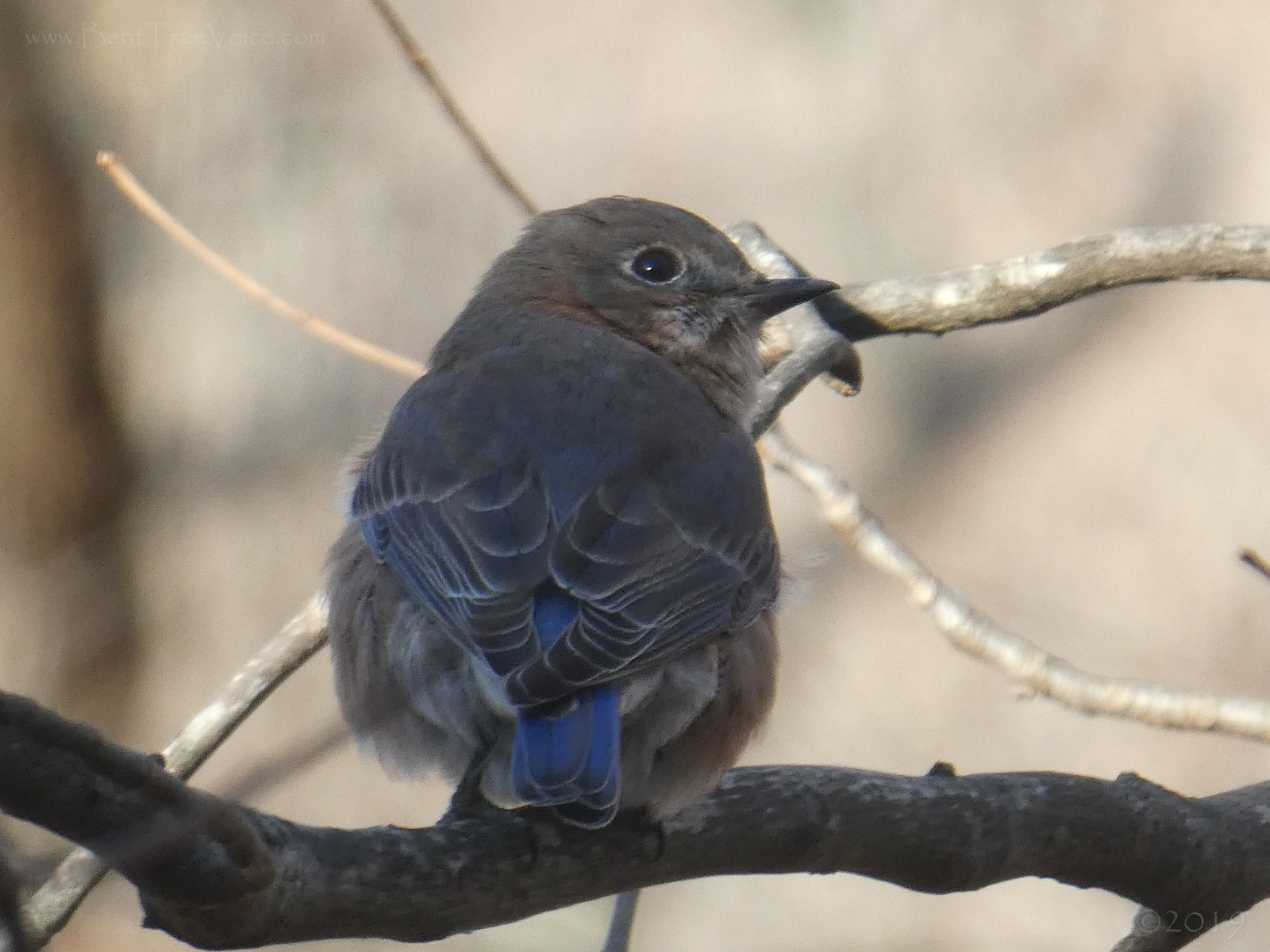 A bluebird and a red-bellied woodpecker made bright splashes of color against yesterday’s gray backdrop. 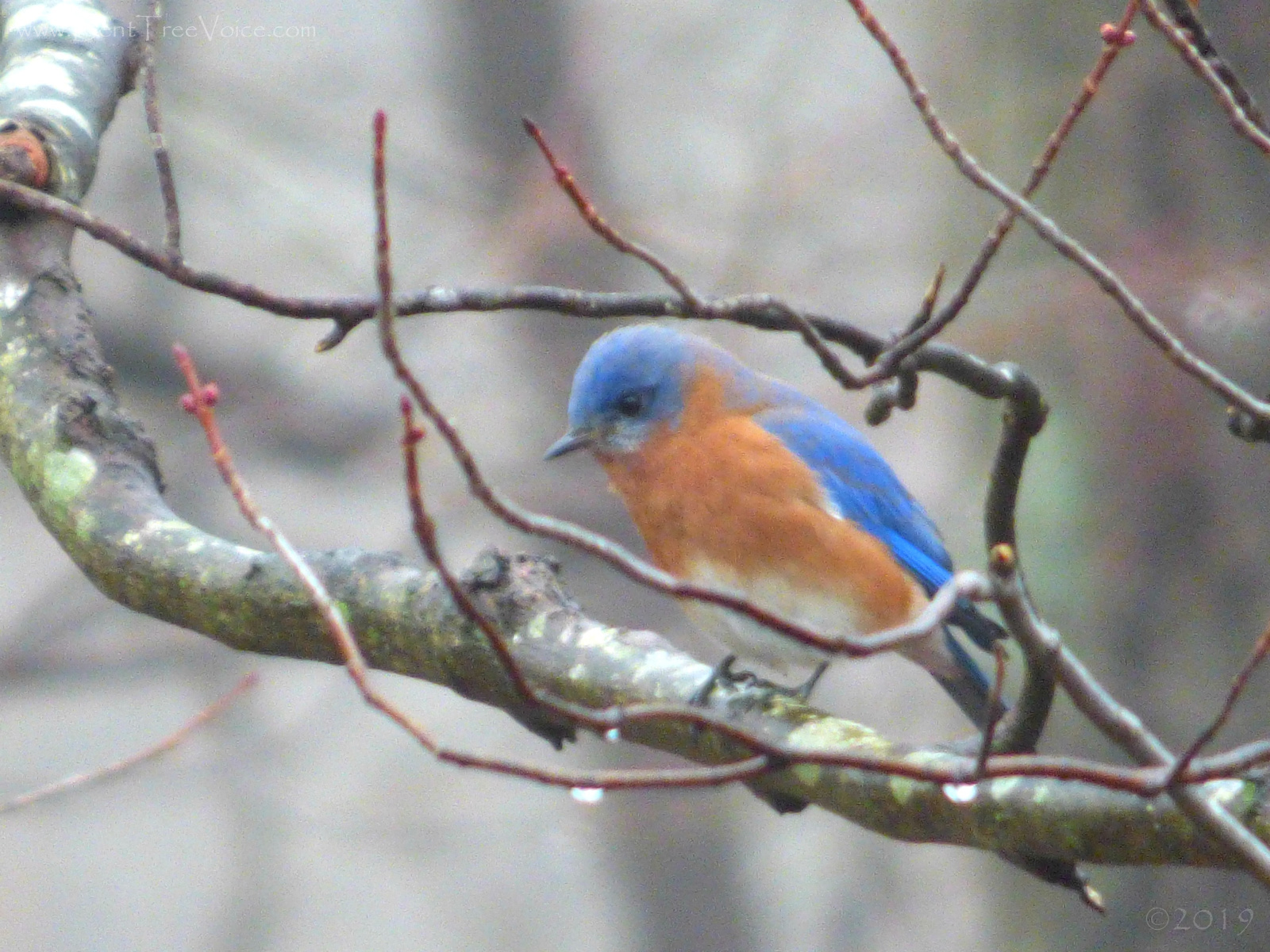 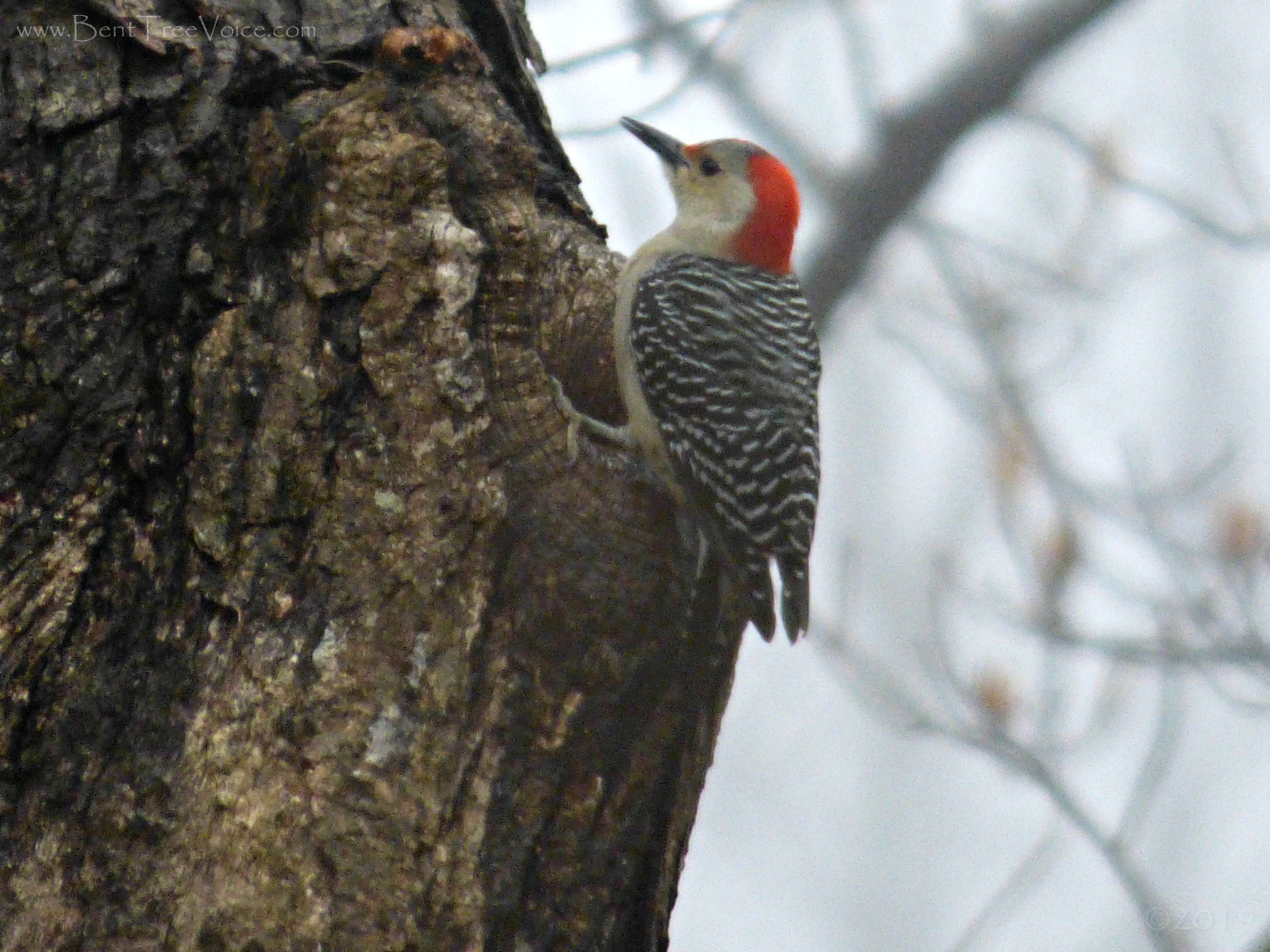 A lot of juvenile bluebirds were flying back and forth between a tree and the arena fence at Bent Tree’s Saddle Club Horse Park yesterday evening.  They were moving fast, but I was able to get a couple of quick snapshots of a few of the birds. 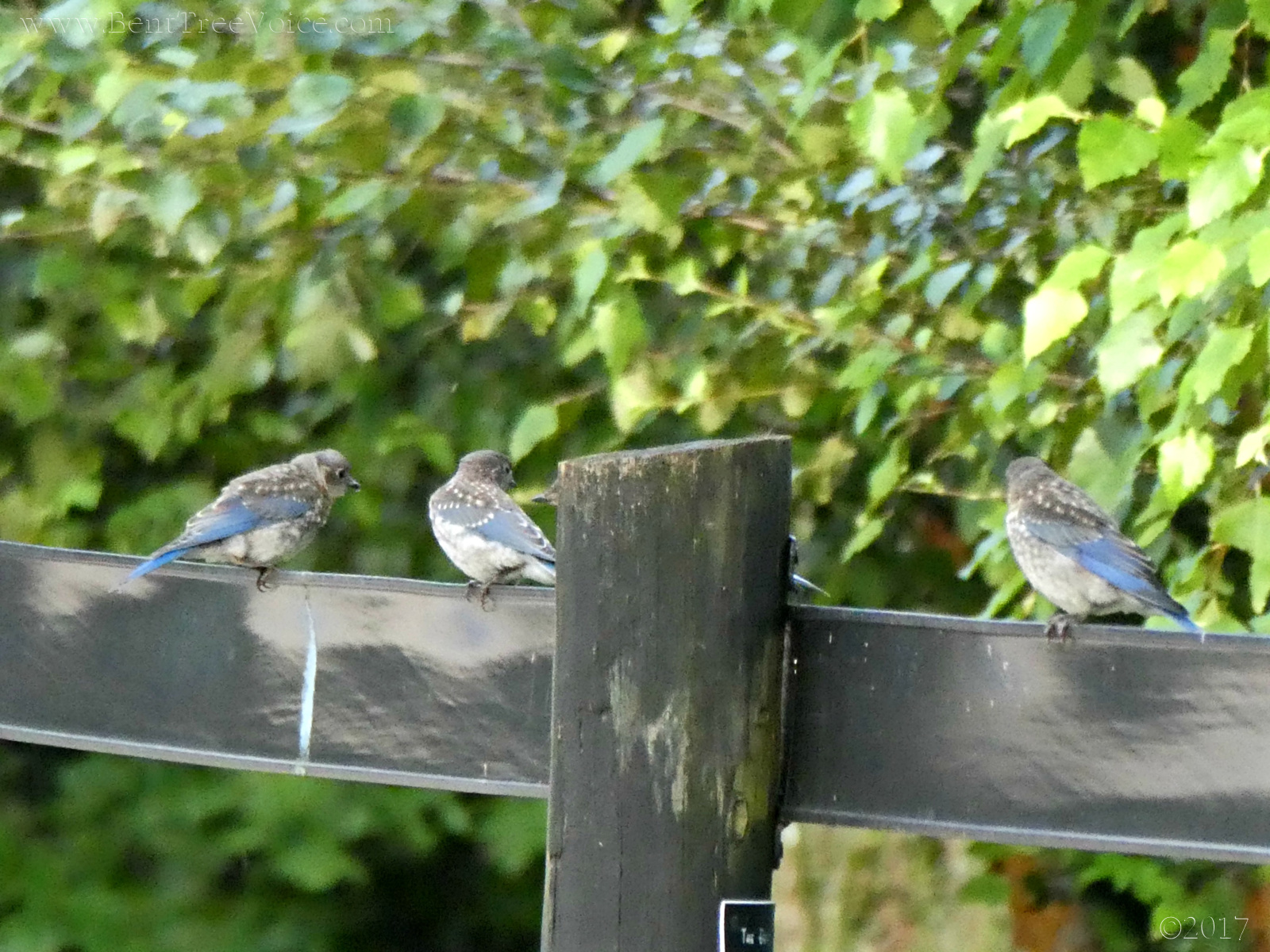 August 31, 2017 – some of the young bluebirds at Bent Tree’s Saddle Club Horse Park

The Bluebird Benefactors were busy over the winter. You may recall from earlier posts that two people took it upon themselves to maintain the twenty-something bluebird boxes around the Bent Tree golf course (and a few others around the community). Many of the old boxes were rotted out. So, over the winter, the couple built, stained, and installed new ones (see photos below). Some of the old deeper boxes were still in decent shape, but did not seem to attract bluebirds as well as the shallower ones. To remedy that situation, the couple placed pieces of 2x4s in the bottom of the deep boxes to make them shallow enough for the nesting birds. So far, so good. The BBs keep a diligent watch over the boxes for signs of predators, and clean/repair the boxes when necessary.

Note – if you’d like to read previous posts about the boxes, enter “benefactors” in the search box at the top of the page.

Continuing with the bird theme this week…The bluebirds were flying around like crazy again at the dam last Sunday. It was a chilly, but sunny morning, and they were zipping across the road, landing on rocks, the pavement, the valve operator, the purple martin houses (a new house recently appeared, so now there are two), signs, everything. While I was trying to take pictures of the bluebirds, a heron flew by and got in a couple of pictures. Click here for a similar post back in October.

Click thumbnails for larger images. The last picture is my favorite.

“… Bluebird brings us the first word of returning spring … reflecting heaven from his back and the ground from his breast, he floats between sky and earth like the winged voice of hope.” - William Dawson, 1903 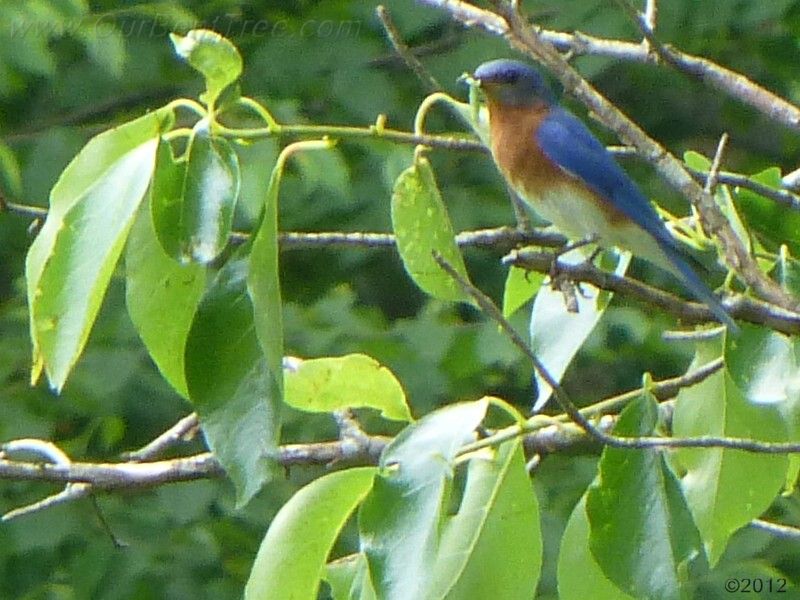 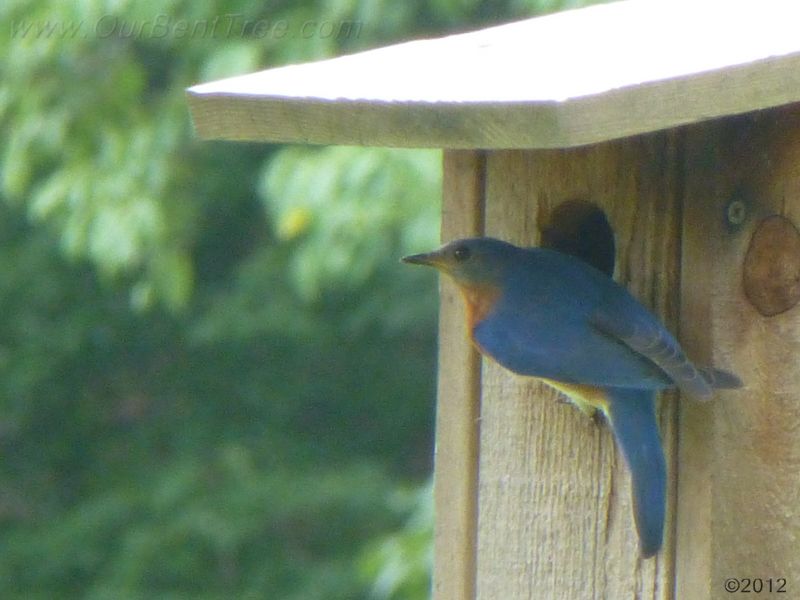