Click here for information about wild geraniums, a native plant of Georgia 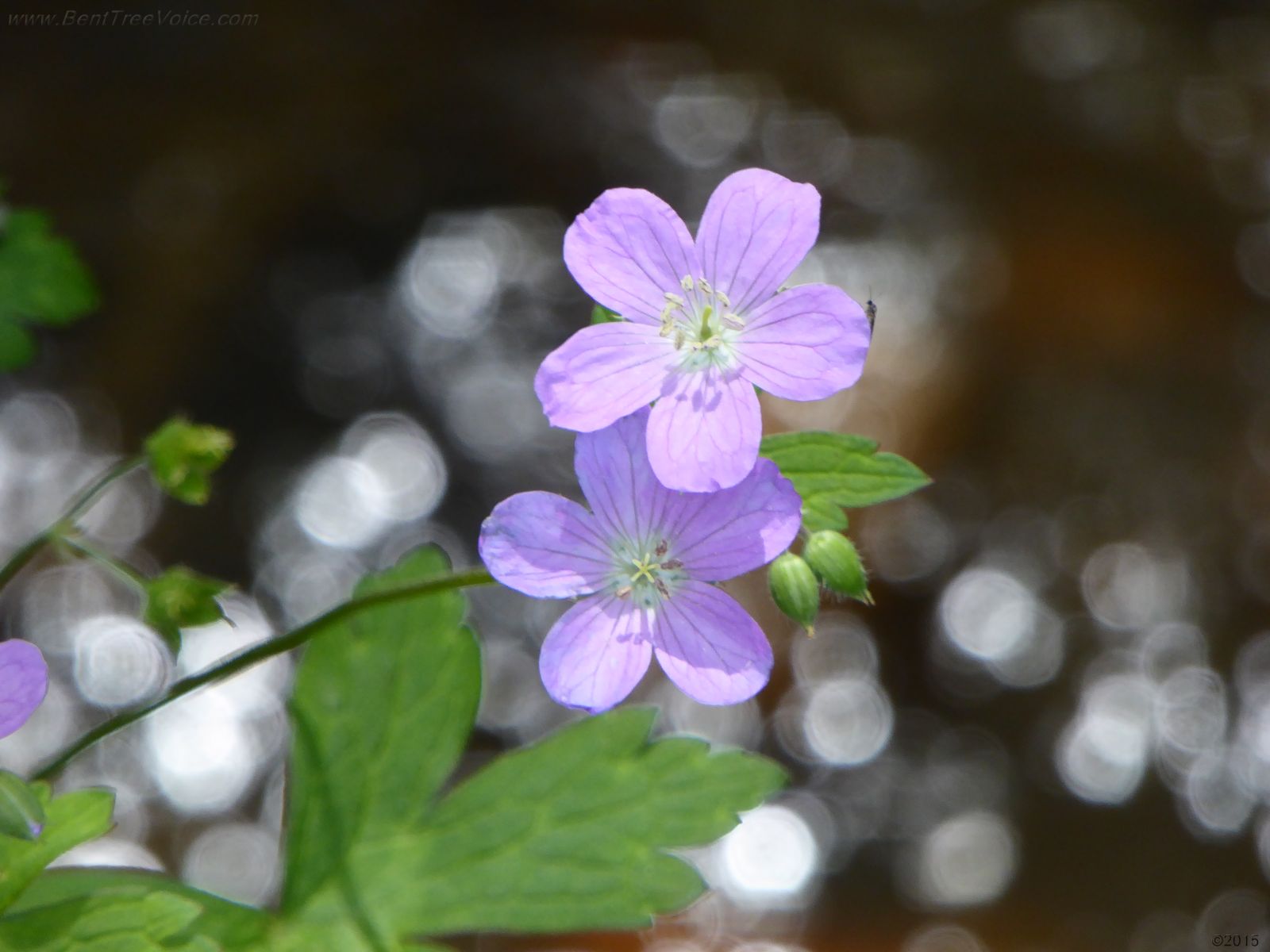 The cabin at 473 Bee Tree was under contract by last week. That didn’t take long.
Click here for a previous post about the interesting history of the unique home.

A pair of geese seemed to think the skid built last year alongside the dock, to help launch kayaks and canoes, was made just for them. They went down the skid, right out into the lake (see lower left corner in first photo below). The second photo below is from last fall and shows the actual skid. 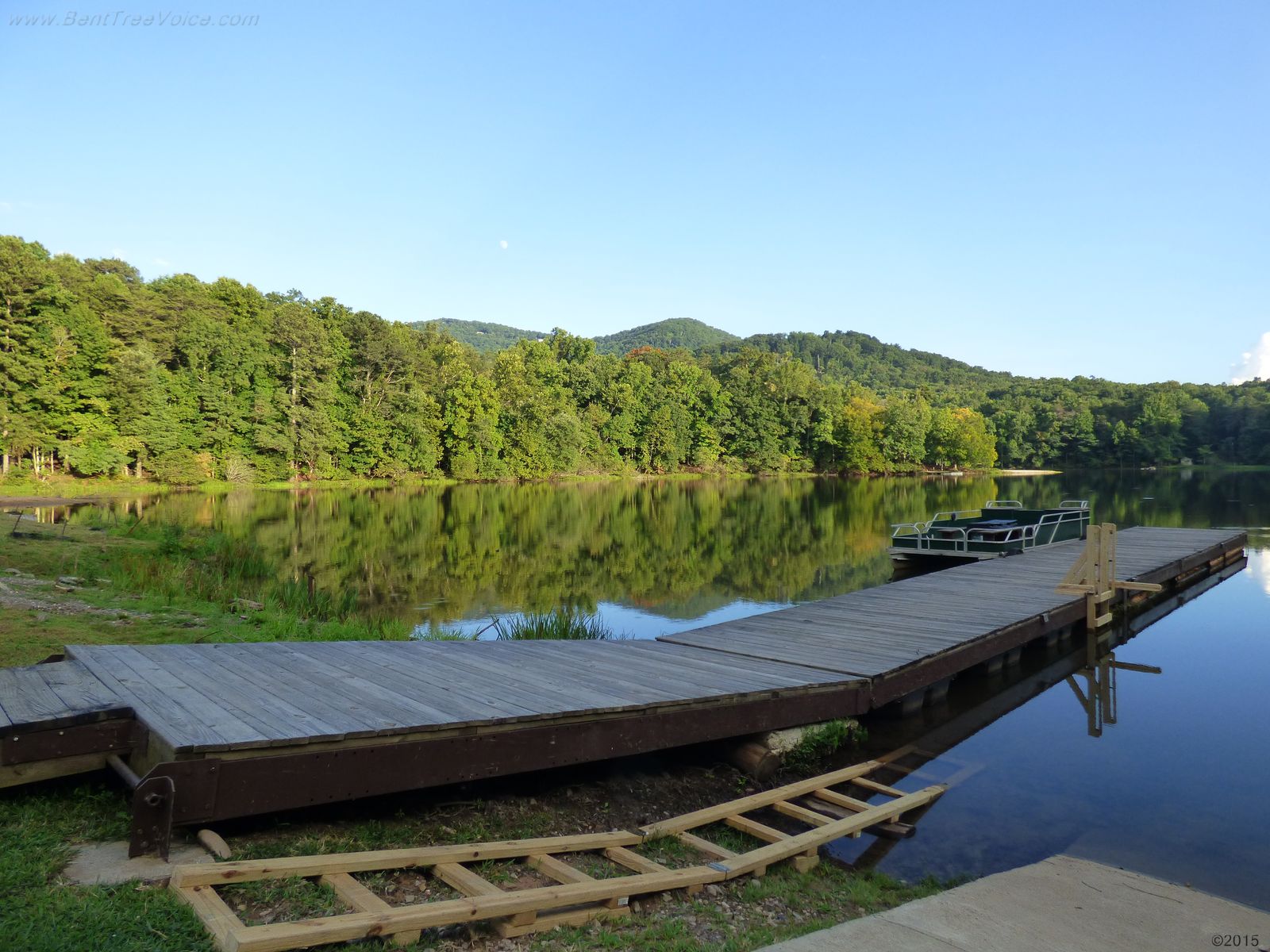 It’s fun to look for the water snakes around the creeks on the golf course. This harmless snake was on hole 5 yesterday.

A pileated woodpecker pried off a big hunk of bark and found something to eat.

The cover story in the current issue of Golf Georgia magazine is about ClubCorp. Here’s a fun fact from Bent Tree history: ClubCorp (then called Club Corporation of America) managed Bent Tree from 1976 – 1983.  Bent Tree property owners were able to play ClubCorp managed private golf courses all across the country. The list of “Associate Clubs” shown below is from 1983. 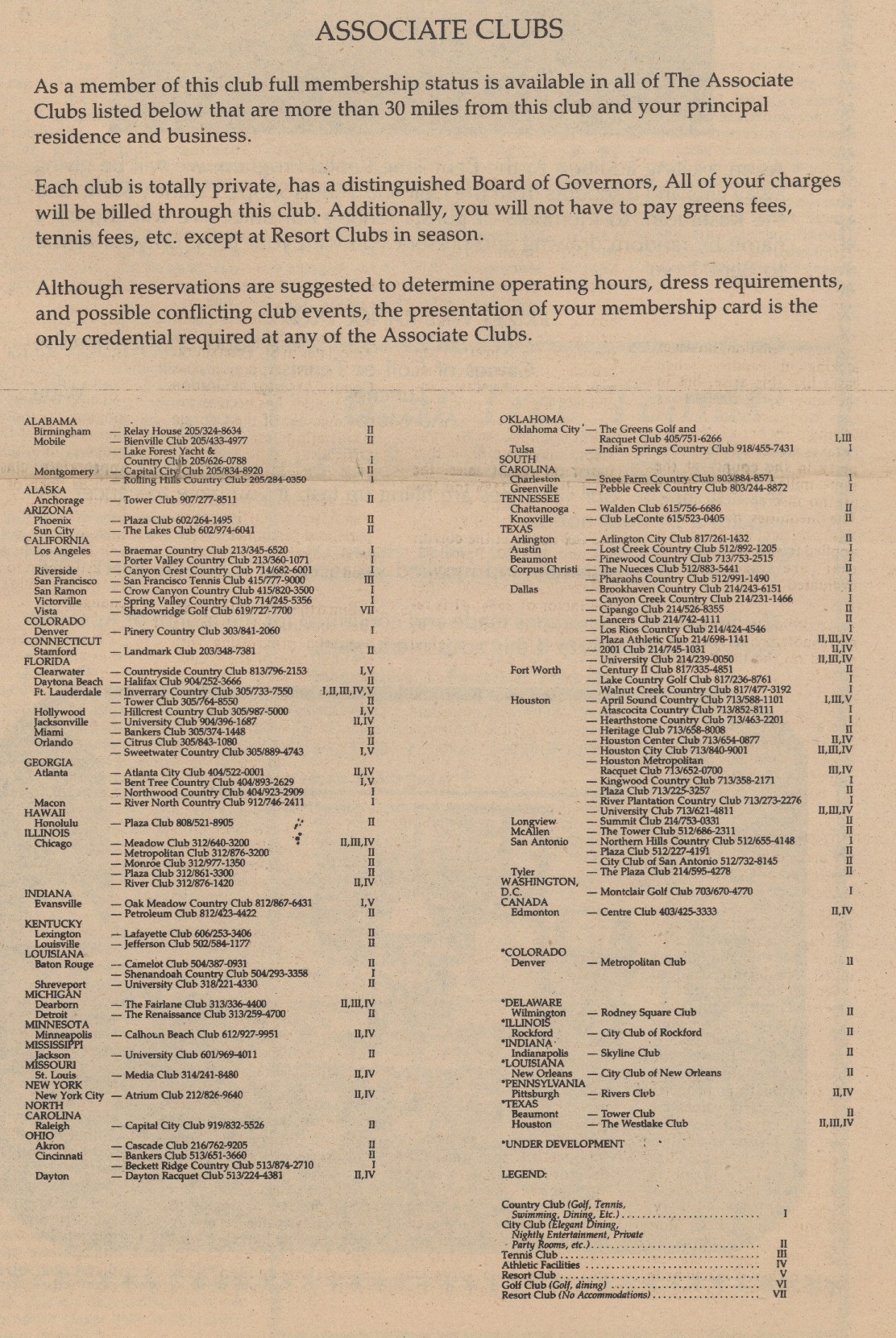 Tthe Bent Tree development began in 1969, but Bent Tree Community, Inc. was not established until November 1983. There’s a lot of back-story there, but that’s for another day. Paul Boring became the first paid General Manager of BTCI on April 1,1984. Boring stayed for about 16 ½ years, with David Twiggs taking over in December of 2000. Twiggs left in the spring of 2005. After that, there was a brief period of time when there was not a professional GM at the helm while the BOD conducted a search for a replacement for Twiggs. In the summer of 2005, Mike King’s tenure began.*  Next month, Douglas Byrd will be coming aboard to replace King (who is retiring).

* A few days after beginning his job as GM in 2005, King wrote his first “General Manager’s Report” for the community newsletter. The following is an excerpt from that article; a bullet list of “what I have learned since being at Bent Tree”:

The bright blue of the bird from Monday’s post prompted me to look into why bluebirds are blue. It turns out they are not really blue.

Basically, light hits air pockets in the structure of a bluebird’s feather and scatters light in a manner that the blue wavelengths reflect to the eye. Here’s an explanation from Smithsonian.com:

“…as a blue feather grows, something amazing happens. Inside each cell, stringy keratin molecules separate from water, like oil from vinegar. When the cell dies, the water dries away and is replaced by air, leaving a structure of keratin protein interspersed with air pockets, like a sponge or a box of spaghetti. When white light strikes a blue feather, the keratin pattern causes red and yellow wavelengths to cancel each other out, while blue wavelengths of light reinforce and amplify one another and reflect back to the beholder’s eye. The result: blue, an example of what scientists call a structural color (as opposed to a pigmented color) because it’s generated by light interacting with a feather’s 3-D arrangement. And different shapes and sizes of these air pockets and keratin make different shades of blue.”

There was news from the Bluebird Benefactors* a week ago. All the bird houses on the front nine have occupants, and those on the back nine are filling up quickly. Yesterday, a bluebird was sitting on top of the house between #1 and #9, holding a wasp in its beak. *Click here for a 2014 post for background info on the BBs.