Who remembers this from their childhood summers?  Yesterday’s post with the passionflower (aka Maypop) jogged my memory and I had to make a Bent Tree Passionflower Ballerina.

August 8, 2017 – a passionflower ballerina made in Bent Tree (click image to zoom) 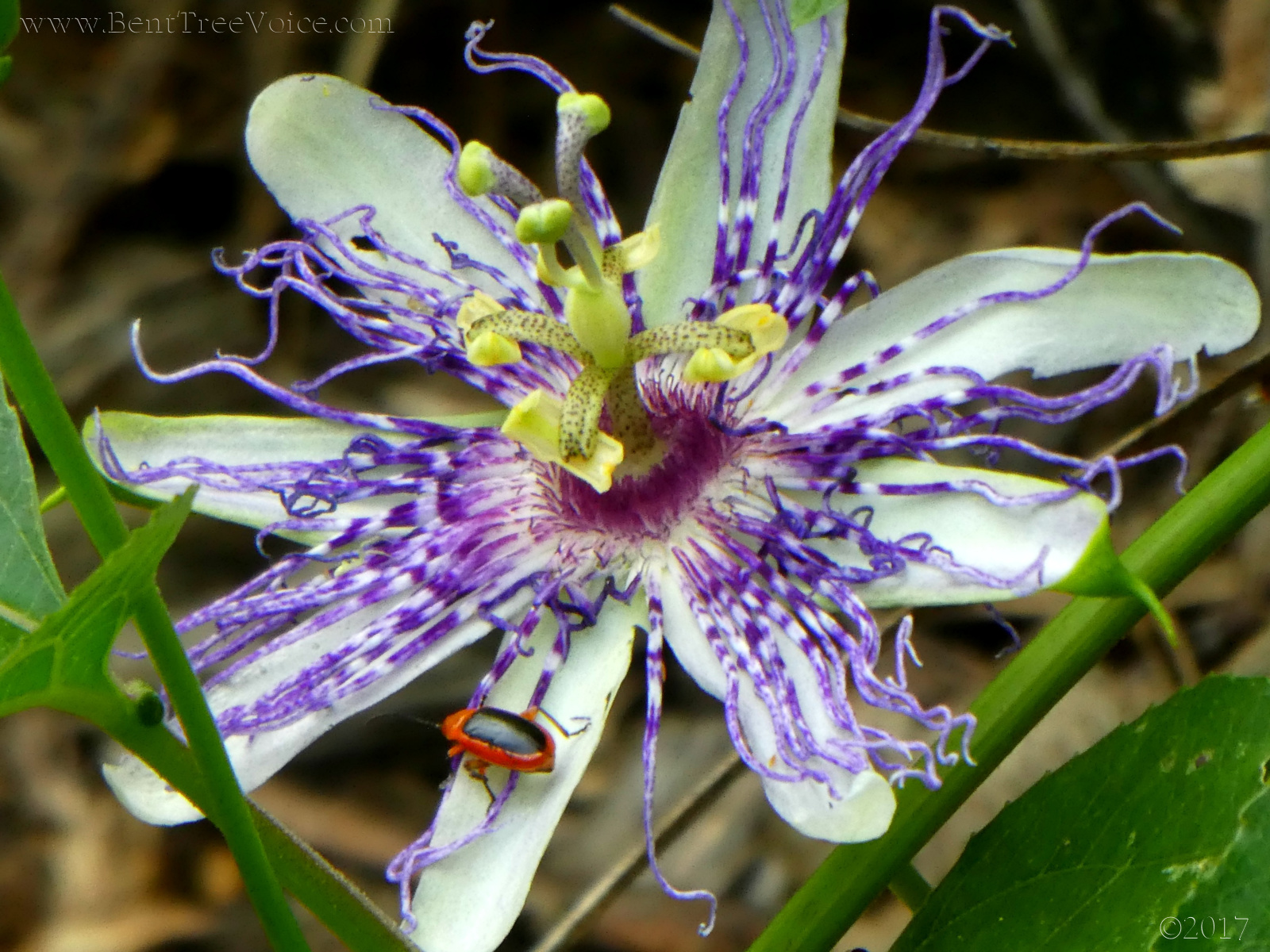 Native phlox is currently blooming in some sunny spots in Bent Tree.  An inch worm was traveling around on this one. 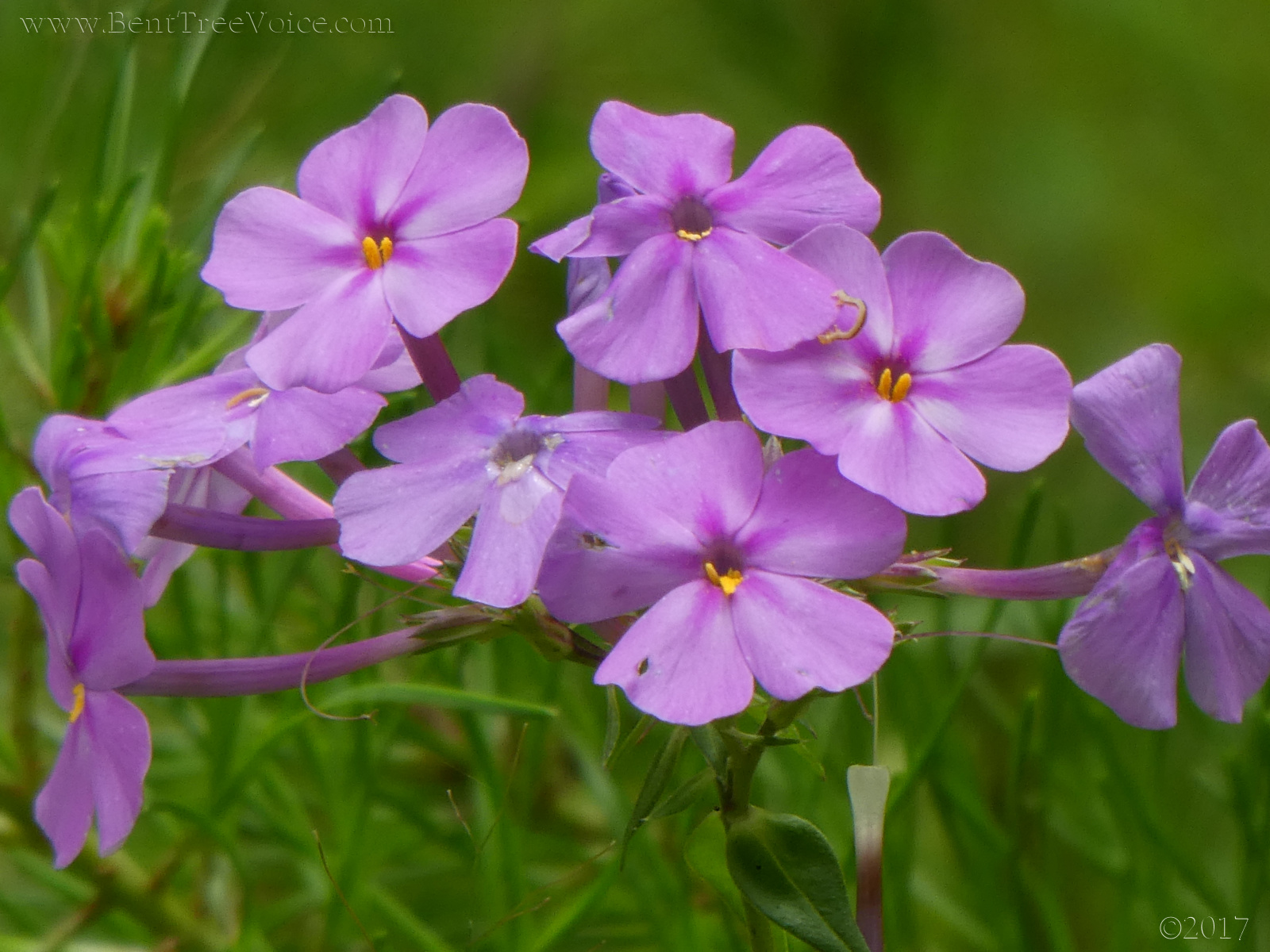 Galax (Galax urceolata synonym Galax aphylla), also known as Coltsfoot, Wand flower, and Beetleweed.  The photo above was taken in September 2012, off the beaten path along Long Swamp Creek, near the Tamarack Drive end of the Beaver Run Trail.  Years before that, many of the native plants in Bent Tree were marked with labels, and this little sign remained.  I only found it because I spotted some trash in the underbrush and went to pick it up; the trash was next to the sign.  I went back to the spot in the spring of 2013 and sure enough, galax was blooming around the sign.  The sign, and that particular bed of galax, was swept away by the flood later in 2013.  But, there are still many locations in the community where you can find galax in bloom right now.  The photo below was taken on Monday. 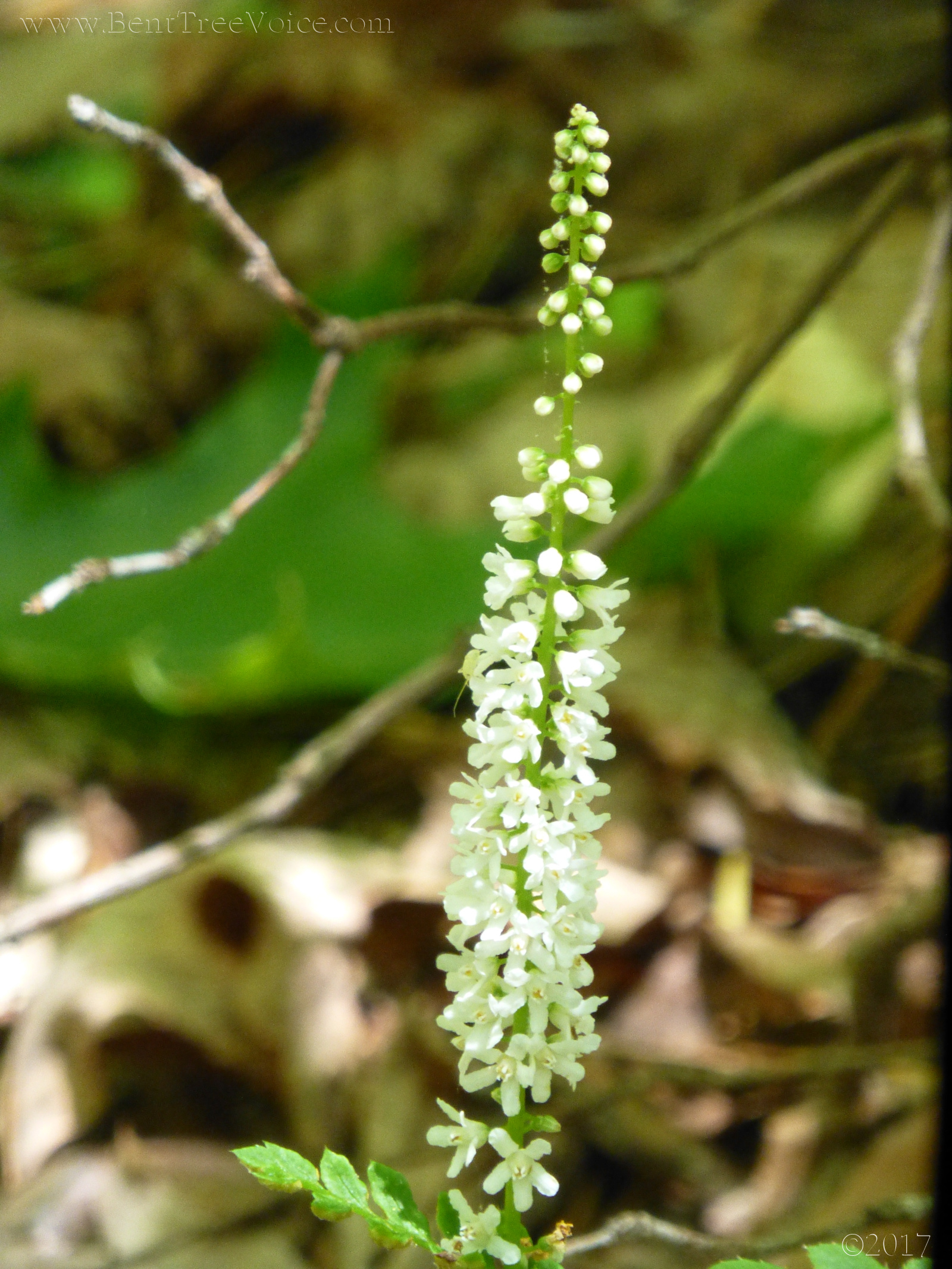 The photo below shows a nodding trillium blooming in Bent Tree last week. This one is known as Bashful Wakerobin (Trillium catesbaei), a.k.a. Catesby’s Trillium or Rose Trillium. Click here to see a post from 2013 for with a good picture of the same type of trillium taken that year. 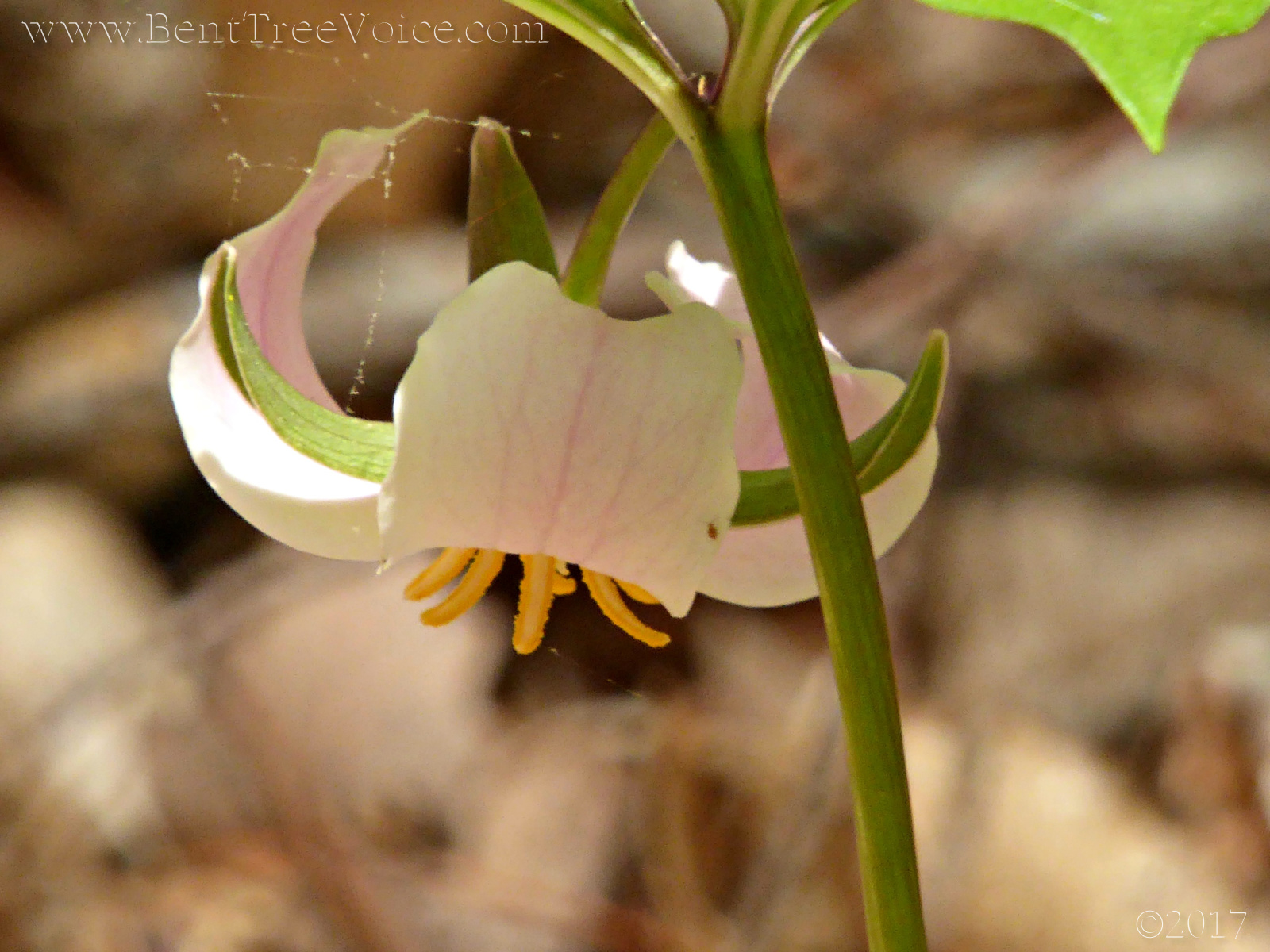 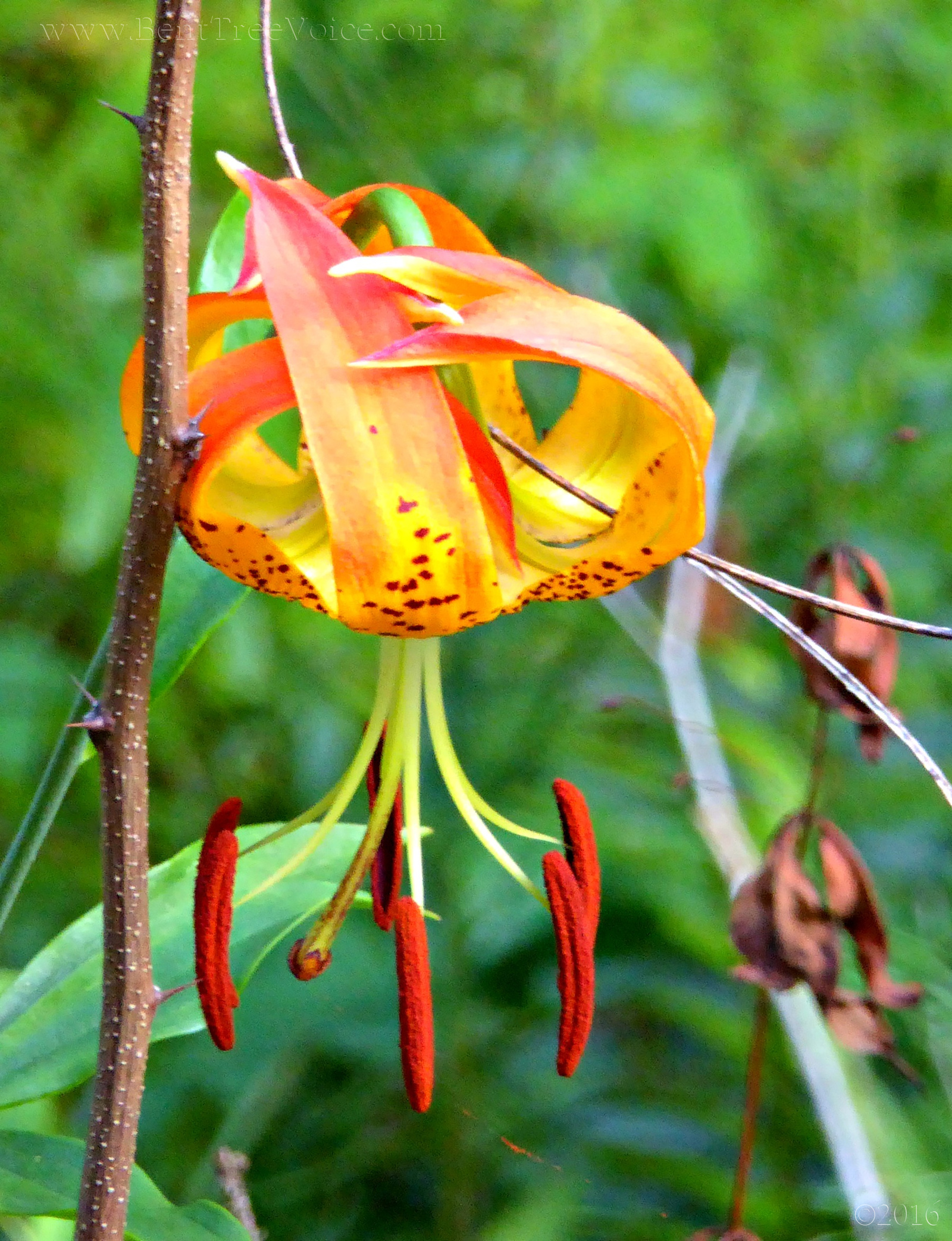 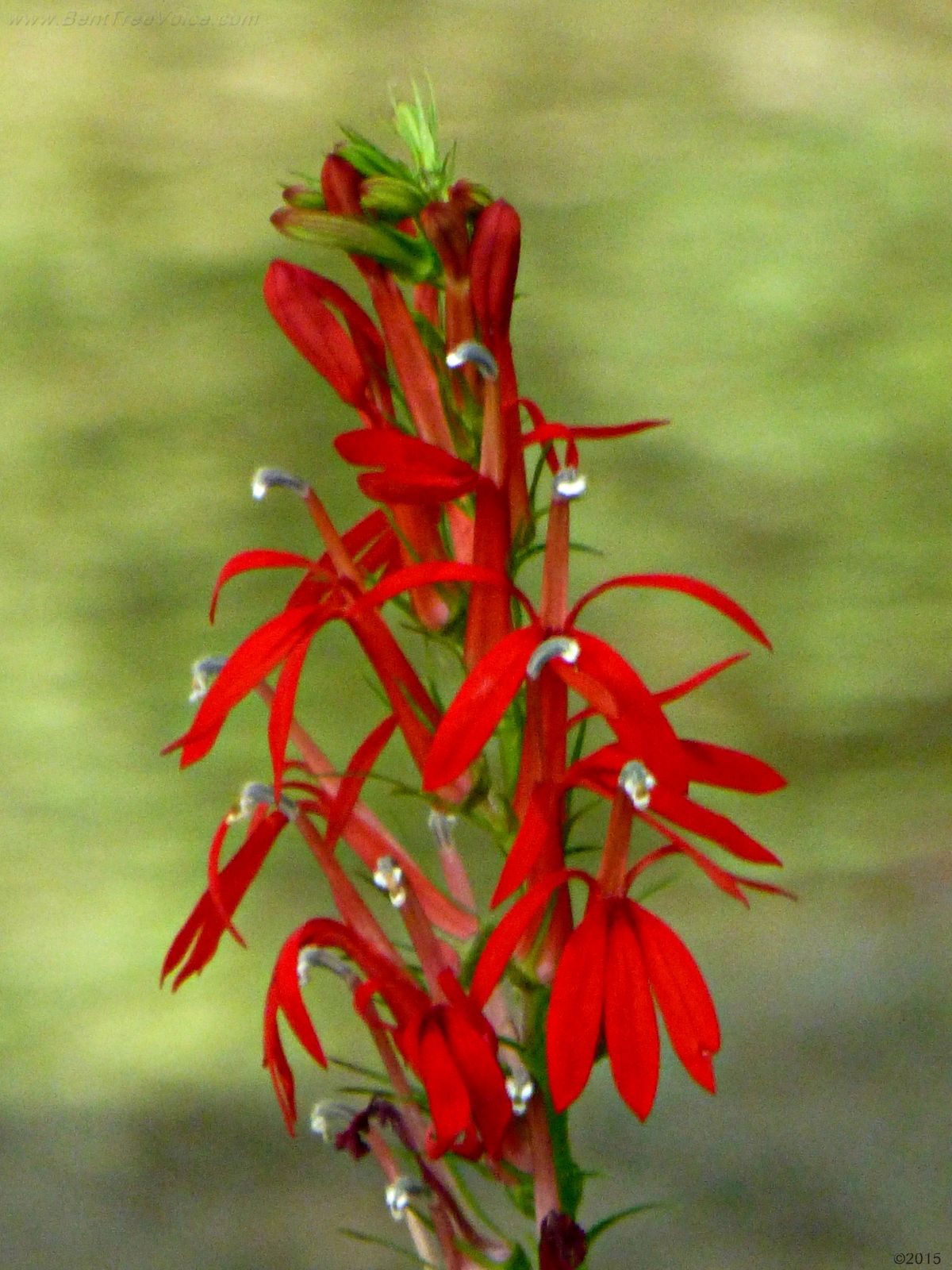 Spotted jewelweed (Impatiens capensis) is a late summer wildflower that has been blooming profusely in Bent Tree over the last couple of weeks. The photo above was taken this year, but my favorite picture of this particular wildflower is the macro shown below, from last year. Click the image below to zoom in. 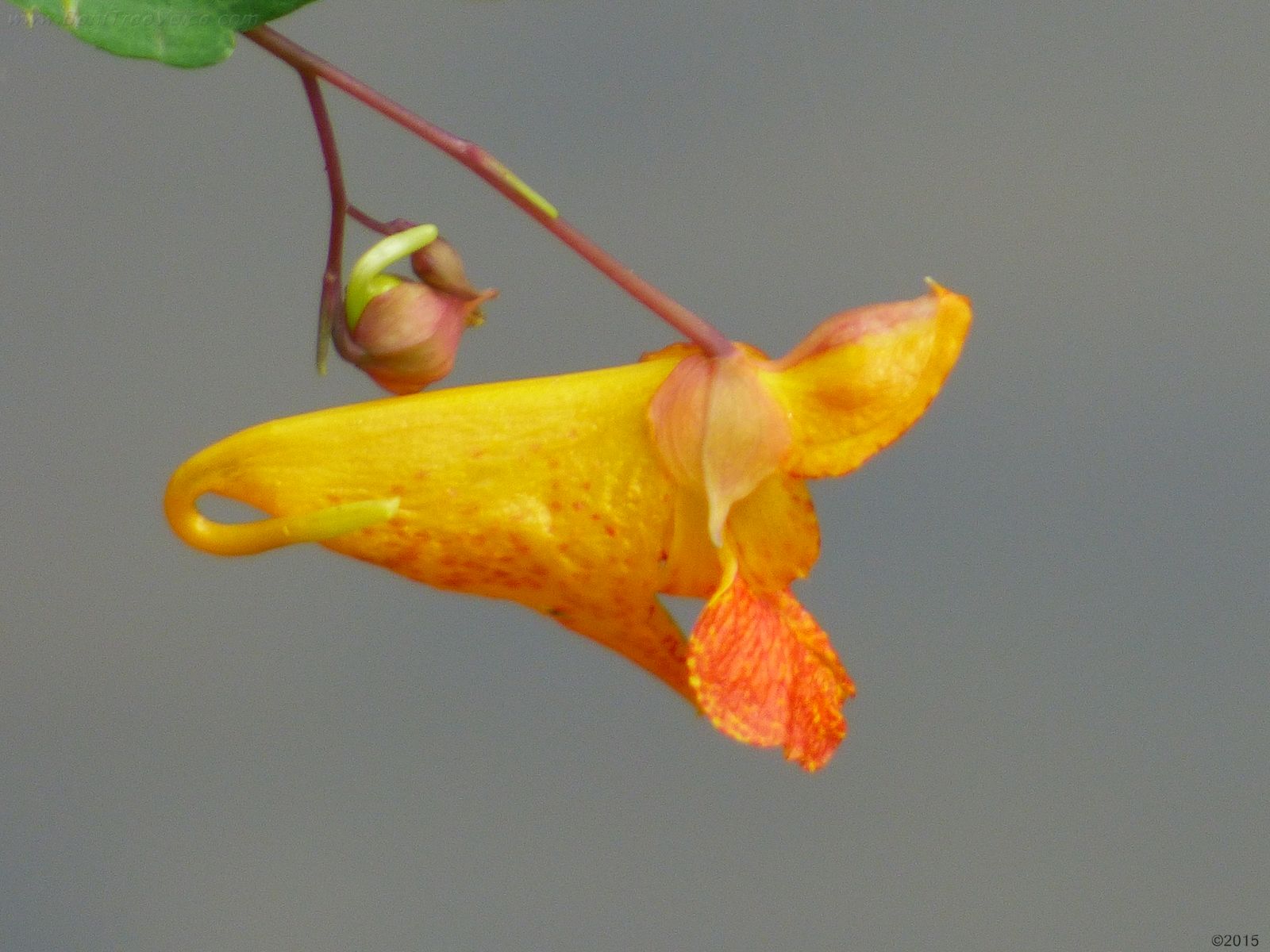 Here’s another plant that originated in China and has naturalized in Georgia. The Chinese Privet (Ligustrum sinense) was brought to the United States in 1852 as an ornamental shrub and has spread so much that it is considered an invasive species. It is very fragrant, and you might smell it before you see it. It is considered highly allergenic, so if you’re having allergy problems right now, this could be a culprit. The second photo below gives an idea of the size of the stand of privet. It is massive (and beautiful) with a lot of blooms. 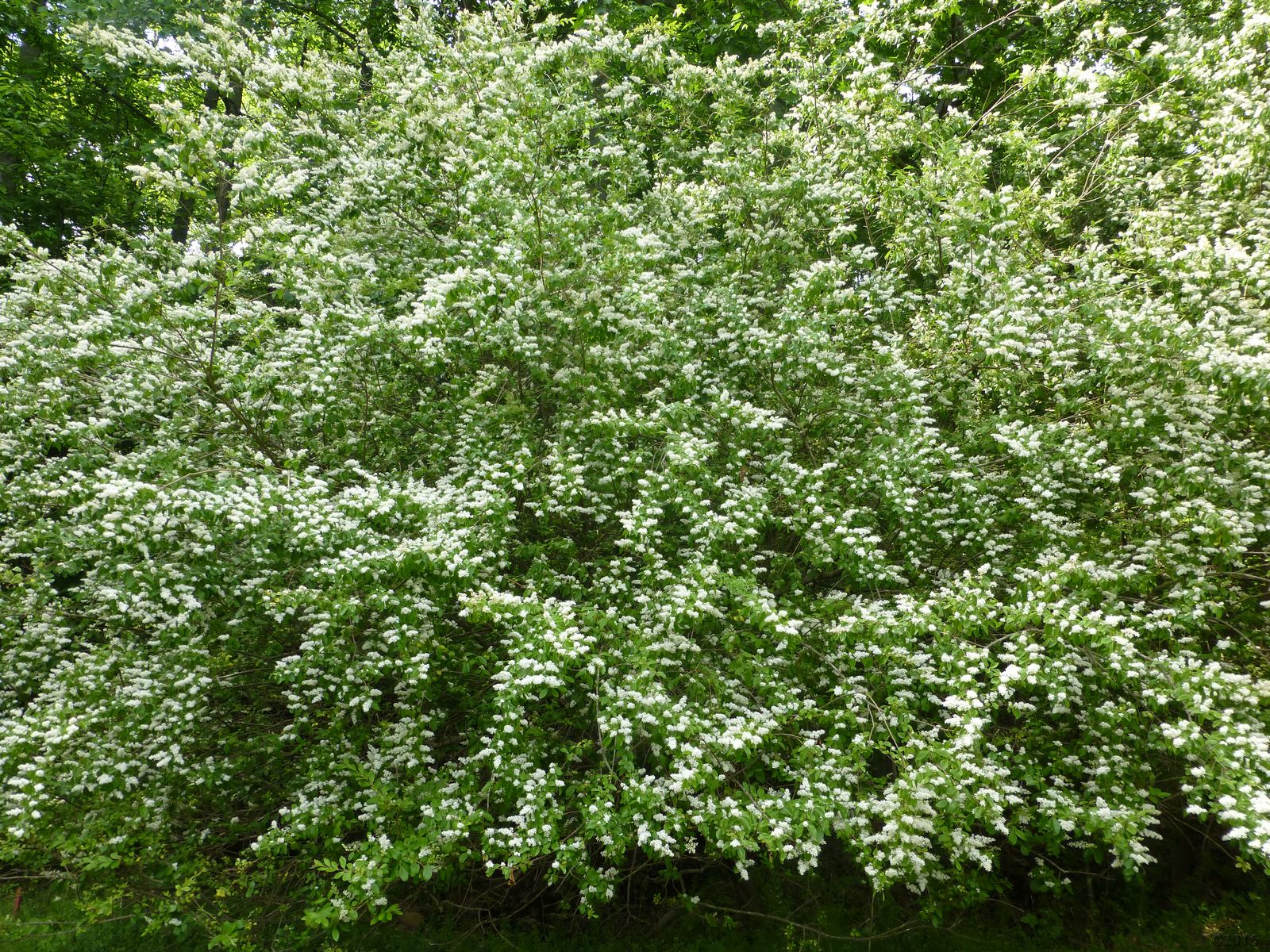 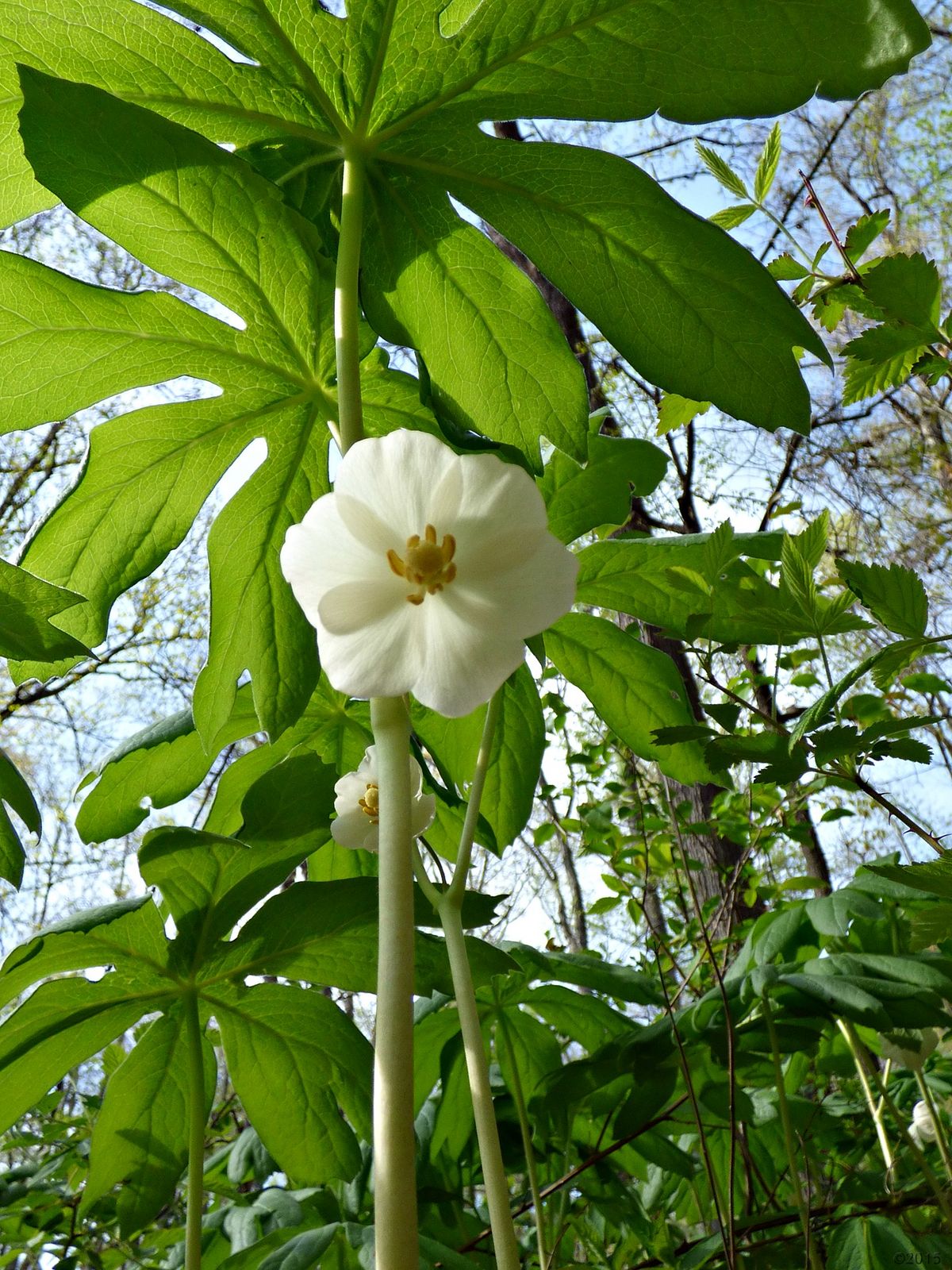